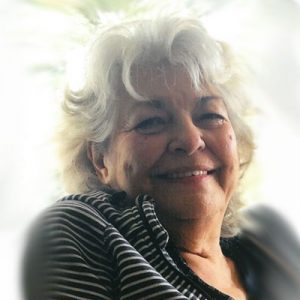 It is with great sadness that we announce the unexpected passing of Loretta Phyllis Wilson (nee Baker).  Loretta passed away on December 24, 2018 at Kelowna General Hospital.

In lieu of flowers or donations, take a moment to hug your loved ones, plant a gladiola or take a walk in the woods; and take time to smell the flowers.  A Celebration of Life was held on January 4, 2019. Condolences may be sent to the family by visiting www.springfieldfuneralhome.com.

Send Condolences
Send Flowers or a Sympathy Card
Take a moment to hug your loved ones, plant a gladiola or take a walk in the woods; and take time to smell the flowers


The service for WILSON, Loretta is scheduled for January 4, 2019. Below you will find the map for the service location and the contact information should you have any questions.