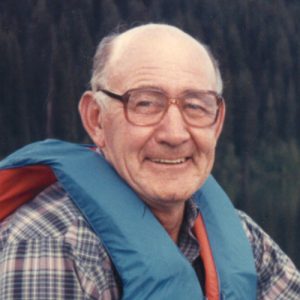 With family at his side, Wally Appel peacefully passed away at the Village at Mill Creek on September 1, 2021.  Wally was 93.

At age 11, Wally came with his family, from Saskatchewan, to settle in Rutland, BC. He became a welder and worked in a machine shop, he went on to establish SK Welding.  In July 1952, he married Hilary; they had 69 amazing years together. They cleared their land of 37 acres and built their home and planted an orchard. In their later years, they enjoyed the Yuma area in their motorhome during the winter months.

Wally gave everything for his family, he was caring, he was the best dad. Left with wonderful memories of Wally are his wife Hilary and their eight children: Rick (Pat) Appel, Allan (Nancy) Appel, Fran Jackson (Tim Ansell), Evie (Cal) Hackwell, Joan (Kevin) Parker, Stacy (Rob) Reid, Beth (Shane) Houle, and Jack (Brenda) Appel; as well as their 20 grandchildren and 31 great-grandchildren. He will also be missed by his sisters Violet and Doreen; brothers Alfie, Billy, and Johnny; and his other extended family members and many dear friends. Sadly, his son Donald James (Deedee) passed before him in 1983.

In lieu of flowers, donations may be made to the Alzheimer’s Association.

A Memorial Service will be held to honour Wally, however, due to the current pandemic restrictions, it will be by invitation only. The family would like to invite all who want to pay their respects to join by Livestream on TUESDAY, SEPTEMBER 7, 2021 AT 1:00 PM PDT. A recording will be made available to view shortly thereafter.