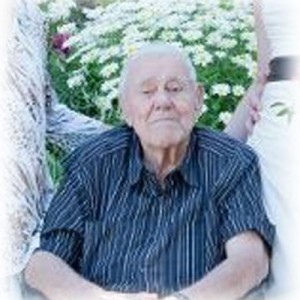 It is with great sadness the family of Frank would like to let his friends know of his sudden passing at the Kelowna General Hospital of pneumonia. Frank is survived by wife Mona of 57 wonderful years together, daughter Debra Critchley husband R.C.M.P. Chief Superintendent David Critchley of Burnaby, BC, grand-daughters Jennifer (Brandon) Fulkerth of Calgary, AB, Sarah Critchley (Joel Thirsk) of Ottawa, ON, son Gary (Connie) Ashby, grandsons Bradley and Gregory of Kelowna, BC, family-in-law Jean McCarthy, Michelle and Darren Owens, Matt and Nick of Australia, brother-in-law Trevor Statham of Australia, niece Christel Heerman (Claus) of Germany, niece Crystene Lynn and sons of Windsor, ON, long-time friends Valerie and Rick from Perth, ON. Frank was predeceased by his parents Frank and Lenore Ashby and brother Stuart Ashby. He left behind many caring friends he loved dearly in Kelowna, BC and from afar. Frank served in the RCAF from 1942 – 1968. A memorial service celebrating Frank’s long and happy life will be held at the Royal Canadian Legion Branch 26, 1380 Bertram St., Kelowna, BC on Sunday, January 29, 2012 at 2:00 pm. In lieu of flowers donations can be made to the Legion Branch #26 Poppy Fund.


The service for Ashby, Frank is scheduled for Sunday, January 29, 2012 at 2:00 pm. Below you will find the map for the service location and the contact information should you have any questions.