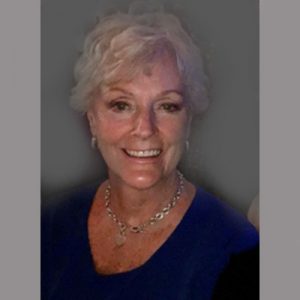 Susan Alice (Brecknock) Bamford passed away on January 2nd, 2020, at the age of 76 from cancer. Sue was born on November 22, 1943 in Montreal, Quebec. After her family moved to BC, she attended high school in North Vancouver, later moved to Alexis Creek and attended school in Williams Lake. Sue’s family purchased the Hitching Post café and store. Sue worked there (from the age of 13 to 17) until she married Burke Graham. Together, they had two sons (predeceased) Brady and Kirk Graham. After Burke’s death, Sue met and married Ernest Fast. Together, they had a son, Doug Fast. This marriage also ended, but Ernie and Sue later reunited as good friends.
Sue was positive, energetic and a hard worker. She had a few careers, but her favorite was working at the RCMP in Ottawa and at Depot from 1975-1983. She returned to Williams Lake in 1983, upon her father’s ailing health. There she came together with Robert (Bob) Bamford. Together, Sue and Bob moved to White Rock and in 1986 married. In 1989, they moved to their home in Lake Country, where they retired.
Sue was involved with the BC Cancer Society for more than 12 years and worked hard to introduce new programs. She travelled across Canada to gain new ideas. Together, with Judy Hodson, they started the Kelowna Breast Cancer Support Group, followed by the formation of the Kelowna Breast Cancer Dragon Boat Team, “Bust’n Loose.” It was named by Sue’s husband Bob and is still going strong… all of which have helped so many breast cancer survivors.
Sue had a love for gardening and transformed their basic yard into an award winning garden. Her yard is home to resident quail, ducks, doves, koi, etc. Other passions of Sue’s were travelling, making new friends, and nurturing animals… but her true passion was her family. In her words, “Family meant everything!!”
Sue leaves behind many who loved her and are mourning her loss; her husband, Bob Bamford; her son Doug Fast; stepson Randall (Dawn) Bamford; grandchildren: Drew Fast, Kyla Fast, Kassidy Fast, Miah Fast and Mitchell Bamford. Also survived by her brother’s Slim (Darlyn) Brecknock and John (Teri) Brecknock; brother-in-law Delmar (iris) Bamford; sisters-in-law: Wanda Ivey, Velma Clayton and ex-brother-in-law David Graham. She also leaves behind many nieces and nephews and grandnieces and grandnephews, whom she loved dearly. She also had many dear friends and neighbours who held a special place in her heart.
Sue was predeceased by her sisters Toni (Robinson) Brecknock and Judy Christensen, her brother Donald Brecknock and two sons: Brady Graham and Kirk Graham.
In lieu of flowers, the family asks that you make a donation to her favourite charity, BCSPCA, www.spca.bc.ca/. If you wish to send a condolence, post photos or share a memory, please scroll down the page to the area called “Condolences.”

Send Condolences
Send Flowers or a Sympathy Card
In lieu of flowers, the family asks that you make a donation to her favourite charity, BCSPCA Link: www.spca.bc.ca