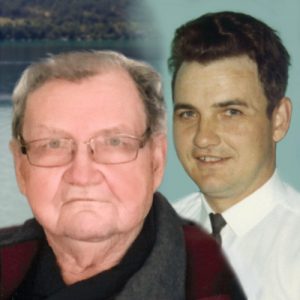 It is with great sadness that we announce the passing of Frank Baranieski. Frank passed away surrounded by his family in Kelowna, BC, on November 15, 2022, at the age of 87.  He was predeceased by his parents Tony and Sophie, three brothers and eleven sisters.

Frank’s memory will live on through his family: Shirley, his wife of 59 years; his son Donald (Kari), and grandchildren Kate, Scott, and Meg; daughter Helen-Anne; sister Elizabeth “Betty”; and many nieces, nephews, and friends.

Frank was born in Saskatchewan on April 9, 1935, and he moved to Terrace, BC, in the early 1950s.  He spent most of his life in the logging industry.  In the mid 1970s, Frank and his friend John Backman formed Barback Trucking.  Frank eventually retired in 1986 and moved to Kelowna, BC, for the remainder of his life.

In memory of Frank, please consider a donation to the KGH Foundation – Kidney Care  or the Alzeimhers Society of BC.