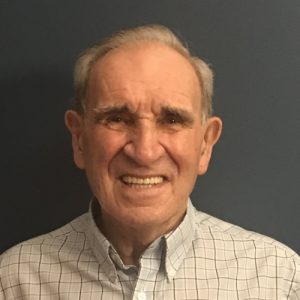 It is with shocked and saddened hearts, the family of Otto Beger announce his passing from a short and courageous battle with metastasized bone, stomach and lung cancer on Saturday, September 4, 2021, 28 days short of his 90th birthday.  It was determined the cancer slowly metastasized throughout his body undetected from his 2006 removal of left kidney infected with a cancer tumour.

Otto was first of 5 siblings, born on October 2, 1931, to Emil and Olga (née Leier) Beger in Krucha, Ukraine.  In 1949, by the grace of God, the family all survived the war and were able to escape from Poland to East Germany, then into West Germany, where the entire family were able to meet up again.  Tickets to immigrate to Canada were arranged by Otto’s Aunt Matilda (née Beger) and husband Gus Stebbe who were now living in Kelowna, BC, Canada; they sponsored the family.  In early September 1950, the family boarded a ship and 11 days later the family arrived in Montreal, QC, Canada.  Train tickets were purchased for the family to travel to Beausejour, MB for a short visit with Uncle, Aunt, and cousins.  From there, the family boarded another train and arrived in Kelowna, BC on Otto’s 19th birthday.  Best present ever!  They stayed with their Uncle and Aunt Stebbe for 3 years until Emil purchased a large lot on the corner of Ethel Street and Glen Avenue (now Lawrence Avenue) with an old condemned Victorian house.  They dismantled the house and subdivided the lot into 2 properties and reused all the lumber to help build a house for Emil and Olga and children and a second house for Otto.

In 1956, Otto met and married the love of his life, Marjorie Rath, on December 29, 1956.  They have 4 children: Doug (Lorna), Debbie (John Harford), Greg (Colleen) and Leslie.  He worked as a union carpenter for many years in construction in Kelowna, Vernon and Summerland.  Otto was hired on to help build the first floating bridge connecting Kelowna to the Westside, which was completed in 1958.  Otto’s grandson Chris was hired on to help build the second floating bridge, which was completed in 2008, of which Otto was so proud of.

In 1964, he decided to venture out on his own, building and framing homes as a contractor.  In 1967, Otto formed his own company, Beger Construction Ltd, purchasing lots and building and selling his own homes, in Rutland, Kelowna, Glenmore, Lakeview Heights, Lower Mission, O’Reilly subdivision, and his final 4 houses that he built on Royal View Drive, retiring his company in 1990.

Otto loved to camp, fish, and travel, but Otto’s greatest love was gardening.  Otto spent many hours nourishing his vegetables, trees, bushes, and flowers.  Otto was gardening on August 1st, and then on August 2nd ended up in the hospital as he could not bear any weight on his left hip and leg.  3 days later the cancerous tumours were found.

Otto is survived by his wife Marjorie; his 4 children and their spouses; his grandchildren Bradley Beger (Nathalie) and son Merrick, Lynsie (Nik Zimmer) and their sons Lukas and Myles, Ashley (Troy Strobel) and their 3 daughters, Alexa, Ava and Kyran, Chris Harford and his son Zealand, and Kristina (Bay Pourmokhtari) and their son Alonzo.  Otto is also survived by his mother-in-law Lila Rath (100 years old) and uncle-in-law Edwin Rath (101); younger sister Martha (Vic Robertson); Adolf Beger (Eileen); sisters-in-law Erma Beger (married to predeceased brother Connie) and Ruth Beger (married to predeceased brother Erwin); many nieces and nephews, great-nieces and -nephews and great-great-nieces and -nephews; and numerous cousins.  Otto was predeceased by his great-grandson Lynden born to Bradley and Nathalie; his mom and dad; and brothers Connie and Erwin.

Otto Beger now rests in peace in the arms of his Lord Saviour Jesus Christ.

The family wish to thank Dr. Stone, hospital doctors, nurses and staff, Dr. Amigo (for arranging his palliative care and transfer to Kelowna Hospice House) and all the amazing nurses and staff there.

Otto Beger has been entrusted to Springfield Funeral Home and has chosen cremation.  The family will hold a Celebration of Life on Saturday, October 2, 2021, which would have been Otto’s 90th birthday.

For those choosing to remember Otto, donations to Kelowna Hospice House would be greatly appreciated, in lieu of flowers.

Condolences may be sent to the family by visiting www.springfieldfuneralhome.com.