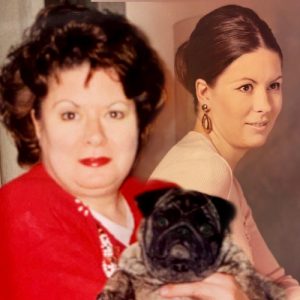 It is with great sorrow that the family of Carol Ann Bianchi (née Corbett) announce her passing on November 28, 2022, at the age of 80. Carol passed away peacefully at her home in Kelowna, British Columbia.  She is survived by her daughter Andrea Radcliffe, son-in-law Kristofer Radcliffe, and her grandchildren Hayden and Charlotte.

Carol was a bold young woman when she left Canada at 22 to pursue a new life in America.  After landing in Los Angeles, CA, along with two other friends, Carol began work at MGM Studios assisting with costuming.  It is perhaps here that she honed her already keen eye for fashion and detail.  She was a delightful and glamorous fashionista who came alive in creative environments as she continued careers with graphic designers and in retail fashion.  Carol also thrived on travel and had opportunities to visit Italy, Japan, Mexico, and other European countries throughout her life.  It was through these experiences that she became a fabulous cook and home decorator.  Carol found passion in creating beautiful meals for friends and family in her home in Houston, Tx, where she later moved.  She also loved pugs and was happiest when she could have a four-legged companion to take care of. Most of all, Carol was a dedicated mother and grandmother.  She cherished her family and was very proud of her two grandchildren.  Carol spent her later years in Kelowna, BC, as she always considered Canada her truest roots.  The loss of her is profound for those who loved her, and she will be greatly missed.

A Memorial Service will be held by her family at a later time. She will be honoured in the hearts of those who had the joy of knowing her.