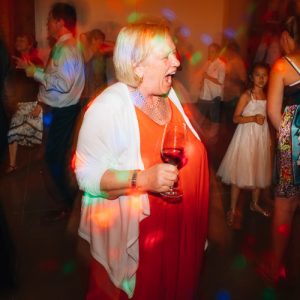 Dr. Kathryn “Katy” Bindon passed away on September 9, 2020, after a long battle with cancer.  Katy is survived by her loving son Jeremy (Kaitie); grandchildren Marshall, Malcolm, Amelia and Abigail; her siblings Richard, Peter and Ann; as well as many nieces and nephews.

Katy’s life was dedicated to education, about which she was passionate and brilliant.  She was born in Toronto, Ontario, and she earned her bachelor’s degree in History at Sir George Williams University in 1972, was awarded a Woodrow Wilson Fellowship, and a master’s & doctorate from Queen’s University.  Never one to shy away from hard work, while studying in Kingston Katy co-founded and ran a popular restaurant called “Dr. Bull’s”.

Katy returned to Montreal in 1978 to teach history at Concordia University, where she was appointed Principal of the School of Community and Public Affairs, one of the university’s multi-disciplinary small Colleges.  Her long association with things military began at Queen’s where military history was the focus of her doctoral studies which later resulted in the publication of “More Than Patriotism, Canada At War 1914-1918” (Thomas Nelson & Sons, 1979).  While at Concordia she took a sabbatical to attend Canada’s National Defence College, visiting 24 countries and every province and territory.  She was appointed Honorary Captain in the Canadian Navy in 1997 after a decade of involvement with the Canadian Forces.

In 1987, she was appointed Vice-President (Academic) of Mount St. Vincent University in Halifax. She served as Principal of Sir Wilfred Grenfell College in Newfoundland between 1991 and 1996, after which she was appointed President of Okanagan University College (OUC) in Kelowna. During her tenure at OUC Katy oversaw significant growth in the institution, including obtaining recognition from the Association of Universities and Colleges of Canada (AUCC) and the Natural Sciences and Engineering Research Council (NSERC). Under her stewardship external research funding grew from virtually nothing to $6.8 million in 2004-2005.  She is credited by those who worked with her as helping to make OUC a truly outstanding institution, contributing significantly to both OUC’s successor institutions UBC-Okanagan and Okanagan College.  Beyond University life Katy’s academic interests extended into her community, founding with three others a public policy discussion group that continues to thrive today 16 years later.

In 2012, Katy established the Takatuf Scholars Programme, preparing Oman’s most talented young people for personal and professional success.  The unique programme joins academic excellence to real world experience, giving the sultanate’s youth the tools and skills needed to adapt to an ever-changing global environment. She was a highly respected mentor, colleague and visionary, and an inspiration to all that had the privilege to work with her.  She accepted nothing less than excellence from herself and others, inspiring all around her with her passion and commitment.

Katy was a prominent member of the Chaine des Rotisseurs, an international gastronomic society dedicated to fine cuisine.  She was an amazing cook and loved to entertain a large group of friends around her table.  It was completely normal for Katy to finish a long day at work by coming home and preparing a multi-course gourmet meal for a dozen or more of her many friends and colleagues.  This she did often, and she will long be remembered for the many events that undoubtedly solved most of the significant problems in the world today!

Donations can be made in Katy’s memory to the Dr. Katy Bindon Scholarship, which supports Okanagan College students transferring to UBC-Okanagan for university studies programs, by visiting www.okanagan.bc.ca/oc-foundation/donate-to-okanagan-college or by calling Richard McAdam at (250) 762-5445 Ext 4772 / 1-888-650-6968 Ext 4772.

Send Condolences
Send Flowers or a Sympathy Card
Donations can be made in Katy’s memory to the Dr. Katy Bindon Scholarship, which supports Okanagan College students transferring to UBC-Okanagan for university studies programs by calling Richard McAdam at (250) 762-5445 Ext 4772 / 1-888-650-6968 Ext 4772. Link: www.okanagan.bc.ca/oc-foundation/donate-to-okanagan-college