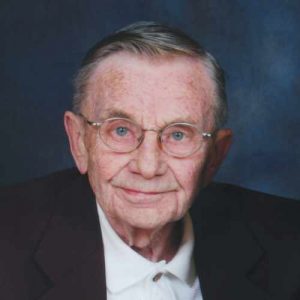 He was born in Holdfast, Saskatchewan to Kathern (née Ell) and Peter Bitz.

In 1957, Al married Lucille DeCorby. They met on a blind date on the way to a dance party, and they remained dance (and bridge) partners ever since.

Always with a keen eye for the sartorial, Al appreciated the value of a well-fitted suit. His dream was to have his own business, and that dream was realized in The Derby men’s wear in the Golden Mile Plaza in Regina, SK. He owned and managed the store for 15 years, and there have been many stories told of his kindness and attentiveness to customers and staff. Al continued to work in men’s retail until his retirement. Eventually in 2014, he and Lucille moved to Kelowna. There he held court to his cherished and growing family.

Al was a quiet observer, a good listener, and a kind and gentle man. He marvelled his family and friends with his sharp memory and puckishly detailed anecdotes from times’ past.

Al is survived by Lucille; his sister, Margaret Lolacher; his children Laurene, Hugh (Jen), and Ken (Susan); his grandchildren Kiera (Jordan), Jackson, Quinn, Maggie, and Veronika; as well as his great-grandchildren Cypress and Sloane. He was a cherished uncle and brother-in-law to his large extended family.

A Celebration of Life will be held at a future date.