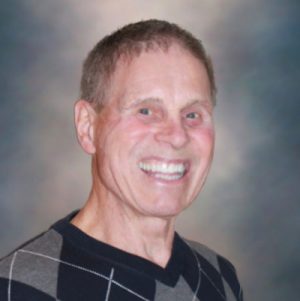 With heavy hearts we announce the sudden passing of Norman Booker who died peacefully on May 12, 2020, at the age of 80.

He will be sadly missed and lovingly remembered by Carol, his loving wife of 57 years; his daughters Jetta (Derek) Williams and Sheri (Chris) Loge; his grandchildren Cole and Cassidy Williams, and Samantha and Matthew Loge; his siblings Harvey (Ivy) Booker, April (Mel) Brewer, Ken (Marg) Booker, Marilyn (Gary) Rayner, and his sister-in-law Patricia (Bill) Bergen.  He was predeceased by his parents Harvey and Violet Booker, and his brother and sister-in-law Wayne and Ellis Booker.

Many lasting friendships were created along Norm’s life journey and he will be fondly remembered and dearly missed by his extended family and countless friends. He will forever be remembered for his infectious smile, kind heart, mischievous sense of humor, love for adventure and genuine personality.

Norman was born in Flin Flon, Manitoba on November 1, 1939. He left Flin Flon in 1958 for Winnipeg where he resided for several years. He travelled South to resume his Education in the USA and later moved to Edmonton where he was employed by the Edmonton City Police Department (Ident Section). A holiday to Vancouver became his introduction to BC Tel and an offer of employment with BC Tel Security in Vancouver and onward to Kelowna.  He retired from BC Tel/Telus Security, Kelowna in 1998.  In later years Norm formed his own Security Company working contracts for BC Hydro, Telus, and most recently FortisBC.

Norm loved sports, the outdoors, and life in general.  Fishing, Hiking, Canoeing, Kayaking, more Fishing, Biking, Tennis, playing Baseball, Hockey, more Fishing, Camping, Mountain Climbing, and still more Fishing. He volunteered within his community and was always there to lend a helping hand when needed. He was able to spend time in Kenya/Uganda and Guatemaela on volunteer construction projects over the years. Norm loved God and especially cherished his prayer time and the quiet times he spent reading his Bible.

Norm loved his four grandchildren and looked forward to the times he was able to spend with them attending dance recitals, soccer, hockey, ball hockey, and basketball games over the years.

Norm passed away while hiking in West Kelowna with his lifelong friend Bob Hardy. The family would like to thank Bob, other nearby hikers, West Kelowna Fire & Rescue, and the BC Paramedic Service for attending to Norm.

Norm, you will be forever in our hearts and terribly missed.

In lieu of flowers, memorial donations may be made to the Willow Park Youth Project, C/O Willow Park Church in Kelowna, BC.

A Celebration of Life will be held at a later date. If you wish to send a condolence, post photos or share a memory, please scroll down the page to the area called “Condolences”.