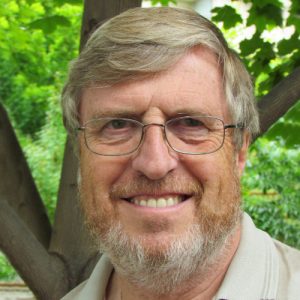 Fred passed away suddenly on January 6, 2021. He is survived by his loving wife Marilyn. He also is survived by his children Nicole (Ed) Cardinal and Stephen (Kristine); his granddaughter Mia D’Agosto, and his ex-son-in-law Daniel D’Agosto (Katie Fletcher); his family in England: brother Nigel (Lesley) Brown, niece Hannah (Luke) O’Dwyer, and nephew Ross Brown. He was predeceased by his parents Frederick E. and Audrey Brown.

Fred was born in Carshalton, Surrey, England on May 16, 1950, to Audrey Jessie Barton Brown and Frederick Eldred Brown. He was one of the very first people to work on a real computer (the size of two rooms) as a student at Hertfordshire. He ended up teaching some of his teachers in the process. Fred Came to Canada from England in October 1976 “on a big adventure” across Canada and began work with Digital Equipment in Calgary, AB. It was not long after that Fred met his wife Marilyn at a BC Tel Christmas dance in December 1976; they married on September 9, 1978, in Vancouver, BC. Fred’s career took him and Marilyn from Calgary to Massachusetts in 1979 and then back to Canada in 1980, still with Digital. It was in Edmonton that Fred and Marilyn started a family with their daughter Nicole in 1982. Together they moved back to Surrey, BC in 1985 to continue with Digital. Fred remained with Digital for a total of 25 years, making many long-time friends and colleagues. He was called the “wizard” of computers and was well respected for his knowledge and professionalism. In 1985, a son, Stephen, was added to the family. In 1998, the family made the move to Kelowna, BC to begin new work with Vadim Computers; his time with them ended in 2000. Fred and Marilyn began MARcom Technologies from their home in Kelowna. He became a very successful consultant and analyst to many firms on the Lower Mainland, the US, Tasmania, and locally. He always said that “it’s never been work, just a hobby I get paid to do.” He was truly gifted with computer technology. Many of his colleagues never realized that he had been in the business for over 50 years and was perhaps twice their ages.

Fred loved his home and garden in Kelowna. He and Marilyn had a vision when they started the project in 1998 with just 4 dead trees, lots of rocks, and a missing fence. Together they put sweat and labour into a beautiful, tranquil place with a large waterfall, two ponds, multiple rockeries, that was filled with colourful flowers and shrubs. Fred was the keeper of the ponds and was happy to don the chest-waders as necessary. He loved entertaining with friends and neighbours. Fred, Marilyn, and the family made numerous trips over the years to visit with his family in the UK, especially as his parents were aging and having health problems. He so enjoyed time with the family at the local pubs and showing off “his home country” to Marilyn and the kids. Fred had a tremendous British sense of humour, a treasure, something he inherited from his own father and passed along to his son Stephen.

Fred enjoyed a pint of beer regularly with friends and workmates. In recent years, he had an increasing fondness of fine whiskies and hosting scotch tasting parties at their house. He even posed with a red wig and tartan tam for the occasion. His son Stephen has since become quite an expert with the spirit, starting a Scotch and Fine Spirits Society in Kelowna. Fred totally enjoyed those tasting evenings. Fred loved music, from classical pieces to Pink Floyd, folk, ballads, and oldies from the 60’s to the 80’s. Every day, even when travelling for work, despite being partly deaf, there was the sound of music. He loved when Nicole and Stephen played on the family piano. Fred also had a keen eye for composition in photography and had begun studying courses in the subject. He loved being in nature and capturing sunsets, birds, flowers, beaches, and forests. Fred’s favourite little person in the world was his granddaughter Mia. She made him more of a child himself. They were best-est buddies in the end, a cherished little girl. Fred loved his children very much and was so proud of their achievements. Nicole became a talented artist and kitchen designer. Stephen became a math professor at Okanagan College, teaching also at UBCO. There were countless happy memories and laughter over the years.

Fred had, in recent years, always side-stepped actually retiring from the business, continuing to work and lend his expertise until the end. The work kept him young and young at heart. It was his gift that he happily shared. There were many dreams of more travel and enjoying the family garden and home together with good friends. Tragically, Fred had a sudden death, a shock to everyone. Now he rests.

The family would like to extend their heartfelt gratitude to the first-response paramedics and officers, as well as the ICU and Trauma staff at Kelowna General Hospital, especially during these times of COVID.

A memorial service for Fred is scheduled for Saturday, January 16, at 10:00am, to be Livestreamed through Springfield Funeral Home in Kelowna, a recording will be made available shortly thereafter (below).  In lieu of flowers, a donation in Fred’s name can be made to Kelowna General Hospital Foundation. The family is blessed and grateful for the outpouring of good wishes during this difficult time. A celebration of Fred’s life will hopefully happen later this year, when COVID restrictions are eased.