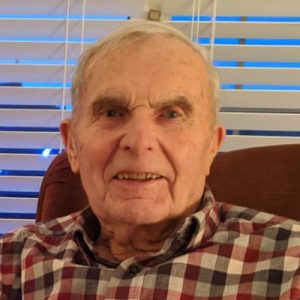 It is with great sadness we announce the passing of our beloved Husband, Dad and “Gido”, Maurice “Morris” Buchy on February 28, 2020 at the age of 87. Morris was born November 26, 1932 in Dauphin, Manitoba to parents Stanley and Alice (née Kozar) Buchy.

He leaves behind his loving wife Shirley of 64 years of marriage; his son Terry (Doreen) of Vancouver, BC; daughter Marlene Cain (David) of Calgary, AB; and grandchildren Logan (Roxy) of Vancouver, BC, Tucker (Isabel) of Seattle, WA, and Fiona of Toronto, ON; as well as many nieces and nephews. He is also survived by his sisters Olive Kotak of Winnipeg, MB and Adeline Lauder (Jack) of Winnipeg, MB. He was predeceased by his parents; his sisters Mae, Helen, and Nettie; his brother Ernie; as well as Bill, Nick and Peter Yerama.

Morris worked with the land all his life: initially as a farmer in Gilbert Plains, Manitoba, then in October of 1969 he moved to Kelowna and continued to work on the land at Byland’s Nursery until his formal retirement in 1996. He then focused on his immaculate yard together with Shirley till his passing. His other passions included walking with Shirley, travelling, meeting up with his coffee “buddies”, and reading. He especially enjoyed watching sports and keeping up with the news, local and world events.

He will be missed by all his family and the friends he had made throughout his life.


The service for BUCHY, Maurice “Morris” is scheduled for Saturday, March 14, 2020 at 1:30 pm. Below you will find the map for the service location and the contact information should you have any questions.