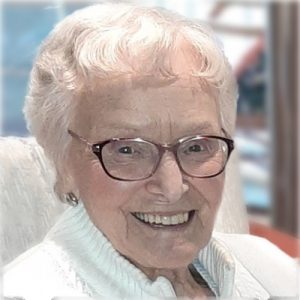 Beryl met and married Wilbert and started a family before moving to Osoyoos, BC in 1958.  Wilbert died in 1964. She married Cecil in 1966 and moved to Oliver expanding their blended family that eventually reached 11 in number. Cecil passed away in December 2000. She moved to Kelowna in 2011, where she was closer to Janet, Jane, and Wendie, and very much enjoyed living at Lakeshore Place meeting many new friends.

A strong woman who was kind, caring and generous, Beryl will be remembered fondly by her family and all who knew her.

A Celebration of Life will be held later in the summer.

Donations in her memory can be made to the Kelowna Gospel Mission.