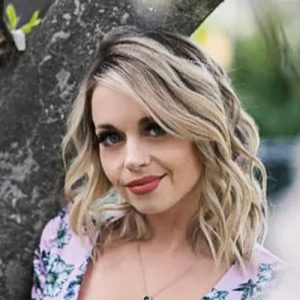 It is with devastated hearts that the family of Chelsea Jean Cardno announces her tragic passing.

Chelsea was born and raised in Kelowna BC and graduated from Kelowna Secondary School in 2008.  In October of 2014, Chelsea moved to Calgary and more recently finished her diploma to become a rehabilitation assistant. Chelsea returned home to Kelowna and completed her practicum in March of 2022.  Chelsea was very proud of this moment as it was something she had wanted to do for a very long time.

Chelsea was an accomplished figure skater and competed in a number of provincial and national competitions.  She was a loving daughter, sister, niece, aunty, cousin, and a fierce friend to those she held close.

Chelsea was a bright light with a huge smile and a laugh that was so contagious you couldn’t help being drawn to her. She learned over the years to just accept the teasing from her dad and brother and to laugh along which sometimes was difficult to do as she tended to wear her heart on her sleeve.

Her beloved dog JJ was everything to her and was the first dog that belonged just to her.  The day they went missing they were doing what they loved, out together walking, playing fetch, and enjoying each other’s company, and even in the rain, it was something that they always did.  We are hoping they are together watching over all of us.

In lieu of flowers, the family asks that everyone bring an item to donate to Paws It Forward Dog Rescue, www.pawsitforward.org, in honour of Chelsea’s JJ.


The service for CARDNO, Chelsea Jean is scheduled for Tuesday, July 12, 2022, at 4:00 pm. Below you will find the map for the service location and the contact information should you have any questions.