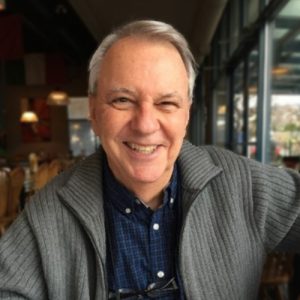 Paul passed peacefully into the Great Unknown on March 30, 2021, at age 83, as a result of lengthy heart issues. He was born in Mimico (Toronto), Ontario on November 11, 1937, the seventh of eight children to Thelma and Frank Cleland. He is survived by his loving wife of 31 years, Meena; his children: Brian (Betty), Beverly (Fred), John (Jocelyn), Parool Joshi (Neil McAlpine), and Ameesha Joshi; his grandchildren: Brandon (Bettina) and Breanne (Nader); Anthony (Sherry), Danny (Jaelynn), and Samantha (Matt); Keon and Haley; his great-grandchildren: Alina, Matteo, Troy, Avery, Addyson, Brantley, Peyton, Mackenzie, Dalton, and Mariah; his great-great-grandchild Aiden; brother Bob; and sisters Phoebe, Thelma, and Elizabeth. He was predeceased by his father (1952), mother (1975), brother Granville (1980), brother Ken (1997), and sister Mary (2018).

Following graduation from Mimico High School in 1955, his first job was as a bookkeeper for Burns Plumbing & Heating, then in 1961 he joined the accounting department at IBM Canada in Don Mills. This position was followed by various administrative management roles and sales and marketing appointments with IBM in Toronto and Vancouver, and Lexmark in Toronto for a successful 30-year career.

Upon his retirement in 1992, he and Meena moved to Westbank, BC. Not satisfied to sit on the front porch, he involved himself in a wide variety of entrepreneurial pursuits and community activities. In 1995, he purchased a bus and was the first to offer local bus tours to wineries and other sites in Kelowna. He was the founder, with his business partner Doug Harpold, of the Kelowna Dragon Boat Festival in 1999. He established Cleland Business Services which offered contract marketing consulting services to many businesses in the Okanagan and Shuswap. He was a Tourism Marketing instructor at Okanagan University College for four years and President of the Glenrosa Residents Association in the mid ‘90s. He was a charter member (1993) of the Rotary Club of Kelowna Ogopogo, an enthusiastic Rotarian and President of the club (1997-98). He and Meena were associated with Spearhead Winery in East Kelowna for four years.

Following their 2000 move to Blind Bay and return to West Kelowna in 2007, he and Meena established Meena’s Indian Kitchen, offering Indian cooking classes and spice sales. They self-published Meena’s cookbook “Indian Inspired Cuisine” in 2013; Paul’s memoir “I Peed on the Roof” in 2017; Meena’s “The Story of My Life on Three Continent” and their “Indian Odyssey” (3 month tour of India in 2011-12) in 2019.

The family thanks all the wonderful medical care providers, doctors, nurses and hospital staff that attended to Paul over the years – Dr. K. Kolkind, Dr. F. Halperin, Dr. E. Solano, and Nurse Practitioner Candace Dowhaniuk. A Celebration of Life will be held at Springfield Funeral Home at a later date when more friends and family can gather. Contributions to the Heart & Stroke Foundation,​ would be greatly appreciated by that very worthy organization.