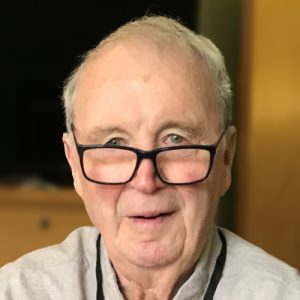 Wayne passed away peacefully on December 31, 2021 at The Village on Mill Creek care facility in Kelowna, at the age of 81.

Lovingly remembered by his family, Wayne is survived by his sons, Randy (Pam) and Bryan (Chris); grandsons, Zachary (Amanda) and Jordan (Kayla); and great-grandchildren Olivia and Everett; as well as many other family and friends. He was sadly predeceased by his beloved Marjory (d. 2013) to whom he was married for 52 years.

Wayne was born and raised in Melita, Manitoba and married Marjory in 1961. They lived in Calgary, AB, Lethbridge, AB and moved to Kelowna, BC in 1979.  Wayne worked at the Nabisco Corp for many years, until his retirement in 1997. With their retirement, Wayne and Marjory enjoyed their snowbird status and spent many happy winters with their friends in El Centro, California, where he could always be found either at the golf course, the ballpark, or around the fire pit for a social happy hour.

Special thanks to the kind staff on the Kalamalka Ward at Mill Creek for their compassionate care.

In lieu of flowers, memorial donations may be made to the Parkinson’s Society.

A Memorial Service will be held in the Spring of this year.