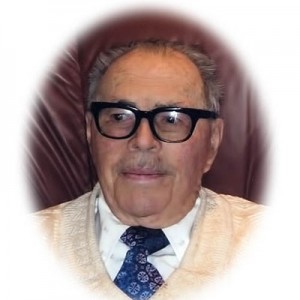 During the Second World War, he served in the Royal Canadian Navy in the North Atlantic and English Channel. After the war, he went on to a career with the Federal Government, where he worked as a Radio Operator at various remote locations, including Spring Island and Bull Harbour. Later he worked as a Radio Inspector based in Kelowna and travelled throughout the BC interior.

The family wishes to thank all the staff at KGH with a special thanks to all the people in Emergency, and on 4A and 4B for their excellent care and kindness.

A Memorial Service will be held on Saturday, March 31st at 4:00 pm at Springfield Funeral Home, 2020 Springfield Road, Kelowna, BC. In lieu of flowers, memorial donations in Ernie’s name may be made to the Canadian Diabetes Association, 1589 Sutherland Avenue, Kelowna, BC, V1Y 5Y7.


The service for Coe, Ernest is scheduled for Saturday, March 31st at 4:00 pm . Below you will find the map for the service location and the contact information should you have any questions.