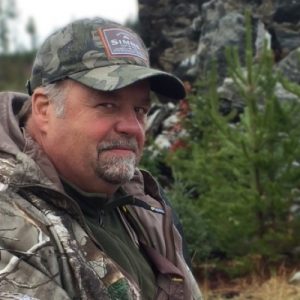 Floyd John Cross passed away peacefully, surrounded by his women, on February 19, 2021, at the age of 66, after a courageous battle with cancer.
Survived by his loving wife Charlotte Cross (née Strohmann); daughters Michelle Cross (Mike Reimer), Erica (Mike) McKillop, and Diana (Ryan) Gravelle; grandchildren Cheyanne, Cole, Zachary, Lily, Eli and Gavin; and step-grandchildren Lauren and Nolan. Floyd will always be remembered by his loving family, including his father-in-law Bernard Strohmann (Angela Dowling); brothers-in-law; sisters-in-law; many nieces and nephews; and extended family including those in the Ottawa area. Floyd was predeceased by his parents Eddy Goldwin Cross and Mary “Maisie” Francis Cross (née Healey), and mother-in-law Ruth Strohmann (née Huttemann).

Floyd was born in Hull, Quebec and grew up on the Cross family homestead in Gatineau Park. He always talked about his childhood days playing with his cousins, jumping off the covered red bridge, snowmobiling and fishing in the creek. His family moved to Penticton, BC in 1972 where Floyd joined the football team and met the love of his life, Charlotte, in Grade 12 at PenHi. They married and moved to Coquitlam, BC where they raised their family. He was proud of his three girls and was always on the sidelines cheering them on.

Floyd spent most of his career working at MacMillan Bloedel New Westminster Division Mill, never missing a day in over 30 years. Floyd established the Port Moody Ball Hockey League and was very involved in the BC Ball Hockey Association. He managed the Burnaby Bulldawgs and the Scuds baseball teams, making many lifelong friends along the way. Floyd’s hobbies included football, fishing, quadding, camping, hunting, golfing, and darts. He was thankful to his brothers-in-law for teaching him the joys of hunting and fishing. Floyd was a genuine friend who created countless memories filled with lots of laughter. His legacy and lessons will live on in every life he touched.

In 2016, Floyd and Charlotte retired to Kelowna, BC, spending time with family and enjoying his hobbies. He loved marshalling at the Black Mountain Golf Course, his presence will be missed. Floyd was very proud of his grandkids and was their greatest supporter in whatever activity they were participating in. Granddad was known for silly times and his unconditional love for his family. We would like to thank family, friends, BC Cancer Agency, and Kelowna Hospice House for their love and support during this time. The family can just imagine Floyd having martini time with his mother-in-law, Ruth, toasting the good ol’ days.

There will be a celebration of life at a later date, details to follow.