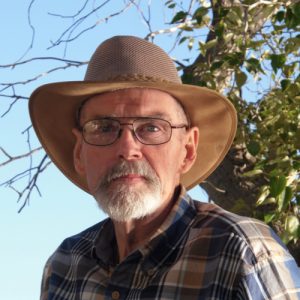 Our beloved John Dawson “Papa Bear”, aged 71, years passed peacefully in the arms of his wife, Brenda, and son Shawn, as well as other family & friends. As he passed Roger Whittaker’s “You are My Miracle” played softly in the background.

John was born in Abbotsford, the youngest of three boys. John worked in Construction and was a Member of the Construction & Labourers Union for almost 50 years.
John was pre-deceased by his parents Desmond and Jessie as well as his brothers Robert (Bob) and Gerry.

John and his family have owned and operated Eagle Eavestroughing for the past 31 years. They have lived in Ellison (Scotty Creek) for over 45 years. He was a loving husband, father, grandfather & great-grandfather. He enjoyed camping, fishing & snowmobiling with his family. Earlier in the month, he participated in the Annual K-Dog Fishing Derby at Trout Lake. We have special memories of this last trip together and seeing our lifetime friends.

John made many lasting friendships through the years and he will be missed by all who knew him. He had a great sense of humor which he never lost despite his medical & physical challenges.

Brenda & Shawn would like to say a special thanks to Colin & Aimee Rooy, Monique Dion, & Loretta McFadyen for their love & continued support at this difficult time.

Thanks also to the responding Paramedics & Ellison Fire Department.

A huge thank you to the Doctors, Nurses, & Staff in Emergency & ICU A unit for their compassion & care for John in his final days.

A gathering to celebrate John’s life will hopefully be held when the current restrictions are lifted.

In lieu of flowers, donations can be made in John’s Memory to B.C. Transplant, Heart & Stroke or the Kelowna General Hospital Cardiac Unit.