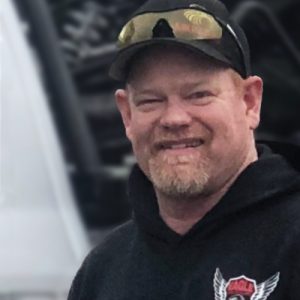 Shawn is survived by his mom, Brenda; his girlfriend, Monique & her son Jaxson; Shawn’s sons, Jacob & Hunter; his daughter Jarryn & grandson, Waylon; as well as by his brothers, Scott & Hudson; his nephews Stewart & Steven (Roman), & their mother Loretta; and his Aunty Shirley Dawson & nephews, Edward & Randy, & their families. Shawn will also be missed by his best friend since childhood, Colin (Aimee) & their children Halia & Jex. Shawn was predeceased by his father, John, in July 2020.

Born in Kelowna, Shawn’s family moved to the Ellison area (Scotty Creek) n 1975. After finishing school, Shawn worked in the family business (Eagle Eavestroughing) until the day he passed. He was well liked and respected by those he worked with in the day-to-day business.

Shawn enjoyed camping, fishing, snowmobiling, and Quading; he was a member of the Kelowna Snowmobile. Shawn’s generosity and kindness was very evident as he was always ready to help anyone who needed something fixed. He had the ability to figure things out and make them work.

Shawn loved his family and friends, he was very devoted to his “Momma Bear”. He was always smiling, happy and full of passion. His passing has left a void in many people’s hearts.

Shawn will be interred next to his dad. A Celebration of Life will be held once restrictions allow.

Donations in Shawn’s memory may be made to COSAR (Central Okanagan Search & Rescue) or the Kelowna SPCA.