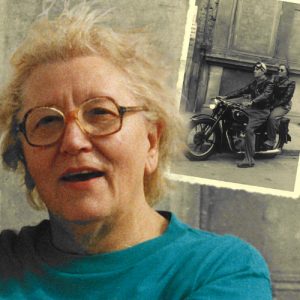 It is with great sadness, we announce the passing of Marianne on April 21, 2022, at the age of 99. Predeceased by her devoted husband Peter, Marianne is survived by her surrogate family Desiree and Noah, loving and loyal friends Bettina and Sherry, and cherished caregivers Tamara, Shelley, and Vanessa.

Born in Wuppertal, Germany, Marianne served as an officer in the Air Force before meeting the man who would become her husband of 74 years. Both she and Peter were adventurous travellers in their youth and, in 1958, decided on a whim to immigrate to Canada after admiring the western Canadian landscape on a TV program. Within 2 weeks they had completed the paperwork and, shortly thereafter, arrived in, Vancouver, BC before finally settling and growing roots in Kelowna, BC a few months later. They never regretted their landing spot and became proud Canadian citizens in 1966.

Marianne was a joyful and lighthearted person with an unparalleled sense of humour. She counted her blessings, looked on the bright side, and found pleasure in the ordinary. Marianne was a deeply loyal wife and friend who never hesitated to offer support, encouragement, or a helping hand. She was a woman of noble character who passed away peacefully on the Queen’s birthday.