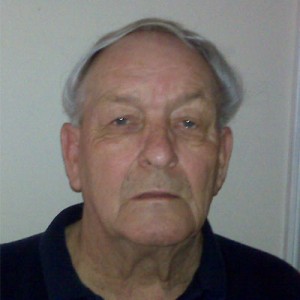 Beloved husband, father, grandfather and Papa passed away peacefully at home on his 70th birthday.  He is survived by his wife Judy of 49 ¾ years; sons: Joe (Denise), Rod (Dee); daughters: Angel (Art), Michelle (Jim); grandchildren: Shannon, Amanda (Cody), Chelsea, Josh, Kodi, Kara, Karleen, TJ (Wendy), Riley, Ryan and Ryder; great grandchildren: Lily and Alex; also five brothers: Marcel, Lucien (Rose), Lionel, Denis (Doreen), Ron (Heidi); sister Angie (Jim); brother-in-law Laurence and numerous aunts, uncles, cousins, nieces, nephews and great nieces and nephews.  Predeceased by his parents, sister Yvonne, infant grandson Sean, sister-in-law Marilyn and great niece Rylie.  Dee Dee was born in Notre Dame de Lourdes, Manitoba and came to Kelowna by train with his family in 1946.  He left school to work at SM Simpson Saw Mill.  While working there, he met the love of his life, Judy, who worked for Canadian Freightways.  Dee Dee and Judy were married on October 28, 1961.  He then began working for Canada Post as a letter carrier.  In 1973 he left to be a co-owner of Orchard Roofing.  He returned to Canada Post in 1976, where he worked until his retirement on June 16, 1998, after 35 years of service.  Dee Dee will be sadly missed by all who knew him.  Special thanks to all the doctors, nurses and Christine at the Cancer Clinic.  Also special thanks to Rosemary and Sheila from Palliative Care.  A celebration of life will be held on Saturday, June 18th at 1:00 pm at Springfield Funeral Home, 2020 Springfield Road, Kelowna, BC.  Donations may be made to the Cancer Centre for the Southern Interior, 399 Royal Avenue, Kelowna, BC, V1Y 5L3.  Condolences may be sent to the family by visiting www.springfieldfuneralhome.com, 250-860-7077.


The service for Deleurme, Andy “Dee Dee” is scheduled for Saturday, June 18, 2011 at 1:00 pm. Below you will find the map for the service location and the contact information should you have any questions.