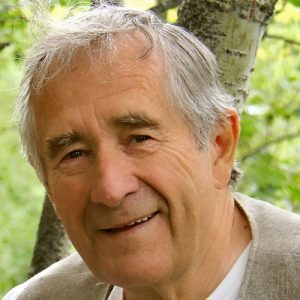 Richard David DePatie of Kelowna, BC passed away peacefully in the Kelowna hospice September 24, 2020, shortly after his 80th birthday. He is survived by his loving wife of 56 years, Lynn DePatie; three children, and their spouse and partners, who loved their dad dearly: Scott (Stacey), Drew (Nicelle), and Corrine (Anthony); as well as 7 grandchildren and 2 great-grandchildren.

Born August 31, 1940, in Calgary, AB, Richard spent much of his youth enjoying skiing and growing into the remarkable man he was. After getting married in 1964, Richard joined the Calgary Fire Department in August 1967 where he remained a proud firefighter for 28 years. Richard was a hard worker and family provider. On his days off Richard owned a construction home building business and built several homes during that time.

Retiring in 1995 as a Calgary Disaster Services Officer, Richard and Lynn moved to Kelowna where he built their new home and enjoyed 25 wonderful years living in BC.  During this time he spent his time enjoying his skills in carpentry and built three cedar strip sea kayaks that became a beautiful piece of moving art. Richard and his wife paddled many waterways on their travels.

Richard’s three children remember his quiet supporting ways, family strength and the fact that he was always there for them when needed.  His friends remember his loyal, steady and generous friendship.

He will be missed!

Due to COVID-19 restrictions, Richard’s life will be celebrated on a future date. In lieu of flowers, his family would appreciate a donation to the Heart and Stroke Foundation, www.heartandstroke.ca, or Central Okanagan Hospice House, hospicehousekelowna.com where their care made a difference in his last days.