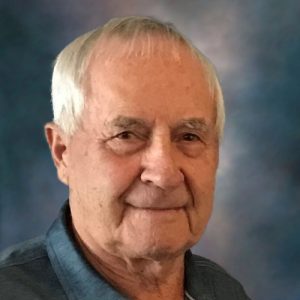 It is with deep sadness that we announce that our dearly loved husband and father, Victor Camille Desaulniers, passed away on March 25, 2021.

Victor leaves behind his loving wife and best friend, Mary, of 64 years; their 4 children: Charlotte (Kay), Valerie (Jim), Crystal (Tana), and Gwena (Mark); and their 8 grandchildren and 10 great-grandchildren.  He is also survived by his only living sibling and twin brother, Hector.

Vic was born and raised in Lafond, Alberta. He began his career in the late 1950s working on drilling rigs in the oil fields.  This took him to many small northern Alberta communities where he began raising his family.  In 1973, he departed Canada with his family to work in Iran; this adventure also took him to Egypt, the North Sea, Tunisia, and West Africa.  Vic completed his career as a Drilling Superintendent for Amoco Exploration supervising operations on a semi-submersible rig drilling offshore Malta. Vic retired in 1992 while still living in Sherwood Park, Alberta and later moved to Kelowna, BC in 2009.

Vic and Mary started their retirement journey RVing.  They later purchased a home at Palm Desert Greens in California where they became Snowbirds for the next 17 years.

Vic enjoyed many sports including baseball, curling, darts and watching hockey.  His greatest joy was golf, and he spent the next 29 years enjoying the game he loved with many friends from all over as well as his family.

Vic lived a full life and touched many hearts.  Those who knew him will miss his charismatic personality, generous spirit, and profound dedication and love for his family.  Vic will be greatly missed.

We are thankful for the medical treatment, care, and kindness provided by the staff at the Kelowna General Hospital.  In lieu of flowers, donations may be made to the KGH Foundation in Victor’s memory, or to a charity of your choice.

Due to Covid-19 restrictions a Celebration of Life for Victor Desaulniers will be held virtually.  Plans are currently being made and details will be provided at a later date.