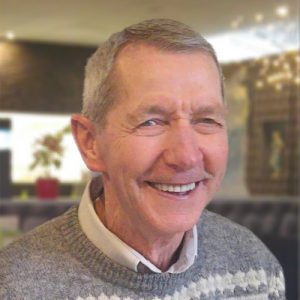 Born in Munich, Germany, Erwin immigrated to Canada in 1956. He lived and worked in Toronto, ON until 1990, when he moved to Kelowna, BC. Erwin’s favourite accomplishment was working on the CN Tower.  His passions outside of work were bowling and music.

Erwin’s memory is held dear in the hearts of Thelma, his wife – they were together 60 years (57 of those in marriage) and his children Rodney (Rosanne) and John (Jennine); his grandchildren Erik, Sean (Tracy), Dustin, Jeffery, Jason (predeceased) and Jordan; as well as his great-grandchildren Evan, Helena and Brooklyn. He will also be sadly missed by sister Erika (Walter) Maier, extended family and friends.

He is predeceased by his father Johann (Juliana); his mother Regina (geb. Erhard), sister Maria and brother Johann.

The family would like to extend their gratitude to the Kelowna General Hospital and Central Kelowna Hospice House for their care and compassion.

At the request of the family, no formal service will be held. We ask that family and friends honour him each in their own way.

In lieu of flowers, the family requests that memorial donations be made to Hospice House Central Okanagan.