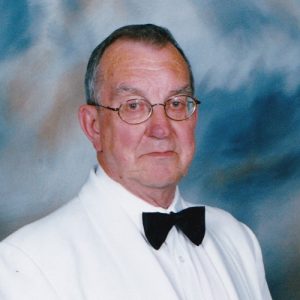 Reg is survived by his children: Michael (Glenda) Edworthy, Jamie (Heather) Edworthy, and Barb Larson; five grandchildren: Katrina, James, Courtney, David, Matthew; and three great-granddaughters. He is also survived by his stepchildren: Debbie (Russel) Jorgenson of Kelowna, BC, Dawn Nolan (Allan Brown) of Virden, MB, and Terry (Barb) Mueller of Ingersoll, ON; five step-grandchildren; and three step-great-grandchildren. Reg was sadly predeceased by his loving wife of 27 years, Adrienne, in 2014; his parents Reginald George and Lillian Evelyn Edworthy of Brandon, MB; and his sister and brother-in-law Betty and Lyle Smith of Brandon, MB.

No service by request. In lieu of flowers, memorial donations may be made directly to Hospice House, 2035 Ethel Street, Kelowna, BC V1Y 2Z6, hospicehousekelowna.com.