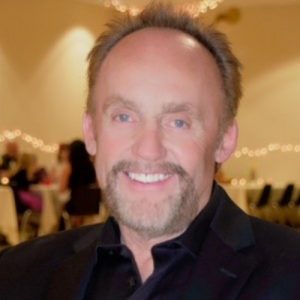 It is with sorrowful hearts that we announce the passing of Don J. Erdely on April 28, 2022, at Kelowna General Hospital surrounded by his family, after a sudden but courageous battle with cancer. Don leaves behind his partner Heather (and her child Ali); his three children DaLee, Travis (Charlotte) and Amanda (Tim); his four grandchildren Jaden, Rylan, Carly and Taylor; and his brothers Gary (Addie) and Glen (Joan); and his sister Maureen (Dan). Don was born in Athabasca, Alberta to John & Virginia Erdely, joining his 2 older brothers and followed by his sister. The family of 6 enjoyed their early family life as farmers on his father’s homestead, in a farming community outside Boyle, Alberta.

Don came from proud but humble beginnings, he was always a dreamer and those dreams, along with the courage to follow them, lead him to achieve great accomplishments, always reminding his children that we were his biggest one.

He lived in Athabasca, AB from1955 – 1987. It was there Don learned all about hard work and determination from his father and mother. He grew up with his childhood best friend Wade (Karen), and they have maintained that friendship for over 55 years. After he graduated, he farmed with his older brother Gary, he was a Hockey Arena Manager, an Oil Rig Worker, and he started his first small construction company. He enjoyed hunting, fishing, snowmobiling and always gravitated towards building, the outdoors, and animals.

He moved to Kelowna, BC in 1987, where his love for the outdoors continued – but he traded in hunting for a camera, quadding, and recreational shooting. He tried new hobbies like painting, golf, boating, kayaking, hiking, nature photography, travelling, and let’s not forget his love of country and rock music and collecting tequila!! There were many quadding, fishing, and golfing trips with his best friend Cindy of over 20 years and other friends, including his son Travis and son-in-law Tim.

In 2012, Don decided to exclusively focus his career on Land Development Management. It was with great pride that his son Travis wanted to continue his legacy and keep Destination Homes. 10

years later, Destination home is thriving and Don could not have been more proud.

Don’s last 15+ years were spent as Vice President of Development for Macdonald Communities. He was responsible for municipal planning & approvals; land development operations; infrastructure design and installation; and sales and marketing activities in the Okanagan region. This is where Don completed “The Lakes” development in Lake Country, BC, one of the Okanagan’s most successful residential communities. Don’s current project before his unexpected passing was Director Of Operations of the award-winning Lakestone project, also in Lake Country, BC, an unparalleled waterfront master planned community, which will be home to over 1350 families.

Don spent his last seven years with his loving and faithful partner, Heather. They shared many adventures together including travelling, the cabin, and quadding adventures and so much more. A wonderful reminder that no one is ever too old to fall in love.

Don was a very honourable, proud, strong, and loving man. His partner, family, friends, and Spooky his cat meant the world to him.

Dad, your life was taken so quickly and way too soon. The void you have left in us all will never be filled. Your life, your sarcastic humour, wisdom, patience, and amazing accomplishments will never be lost or forgotten. I know your mom and dad were there to greet you with open arms. Till we meet again… and we will.

The family would also like to thank the Kelowna General Hospital staff on 5b and the doctors for their amazing care and the support they gave Dad and our family over the last 3 weeks.

In Memory of Don, please consider making a donation to any of the following: BC Cancer Foundation; The Interior Wildlife Rehabilitation Society (IWRS); or BC SPCA Kelowna Community Animal Centre.

A Service will be held on SUNDAY, MAY 15, 2022, at 1:00 PM, at SPRINGFIELD FUNERAL HOME, 2020 Springfield Rd, Kelowna, BC. A Celebration of Life will follow the service at the same location.

If you are unable to attend in person, please join the family online by Livestream at the time of the service (see below), a recording will be made available to view shortly thereafter.


The service for ERDELY, Don J. is scheduled for SUNDAY, MAY 15, 2022, at 1:00 PM. Below you will find the map for the service location and the contact information should you have any questions.