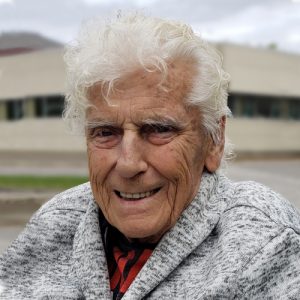 Lawrence Thomas Flynn went to be with the Lord on October 13, 2020 at 77 years old. His memory is carried on by his loving wife of 27 years, Tammy M. Flynn; his daughters Jessie Flynn (Jessica), Chance Flynn (Brandon), and Shylo Flynn (Andrei); his sons Jim McLaughlin, Richard Loree, Trevor Flynn, and Charlie Flynn; his six grandchildren Rob McLaughlin, Aaron McLaughlin, Brayden Thompson, Karissa Thompson, Kaila Flynn, and Orion Flynn; and his two great-grandchildren Liam McLaughlin and Mathew McLaughlin. He is also remembered by his brother Paul Flynn; his five nephews Rob MacEachern,  Jamie MacEachern, Chad Trytten, Dan McIntyre, and Tom McIntyre; and his 2 nieces Kitrina Yeo (Kris, and their daughter Peyton)  and Caitlyn Trytten.  He goes to join those who went before: his parents, James and Martha Flynn; his sister Marybeth MacEachern (Bob); and his daughter Kelly-Ann Flynn.

Larry was a printer by trade and continued with that line of work until he went to work at the Brenda Mines, where he stayed for many years. He was an adrenalin junkie and in his younger days he was known as “Flying Flynn”; he earned this nickname while racing at the Pentiction Speedway, for his many crashes that he was able to walk away from.

The door was always open with Larry, and he had a knack for making everyone feel welcome and at home. Perhaps most of all, we will miss his hilarious sense of humour.

Due to the current pandemic, family and friends will honour him each in their own way. In lieu of flowers, donations may be made to the Kidney Foundation of Canada, kidney.ca.