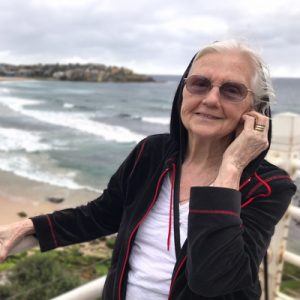 Affectionately known to most as Omi, to some as Berna, the loss of her, to us is monumental.

If you knew Berna you would see her as a trooper, always doing what needs to be done without complaint, often seen absorbing life’s challenges in stride,  you wouldn’t know she was being tested to her limits. Often people like her are seen as not requiring assistance in coping with difficult times, but they are suffering inside like the rest of us, and like a hardy rose bush bounce back.

Not long ago Bernhardine and her husband Tom Forber lost their beloved daughter Ann Forber/Stinn, a few years later she lost her husband Tom after nearly 60 years of marriage with the last years Tom requiring care, Berna cared for Tom until his last week spent in the hospice….again never faltering.

After Tom’s passing she continued to live in her home at The Point at Gellatly making some new friends while living her life taking pride in her surroundings and everything she did, she loved baking and made fantastic old style home dishes to die for, she loved teddy bears, bunnies, chicken & rooster figures, kittens, collecting odd items and was an accomplished artist and worked in her garden still moving rocks at 87.

To say Bernhardine Forber was lovely would sell her short, but lovely she was. We thought the way she was going we’d have her for at least another 10 years, but things were cut short, she passed away peacefully in her sleep on Christmas morning. She will be sorely missed, but not forgotten by those who knew or met her……..