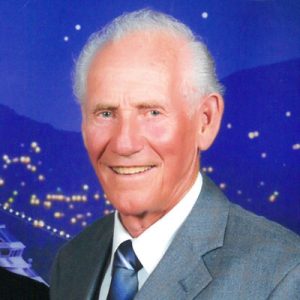 Wilf passed away on Sunday, November 25, 2018 at the age of 81.  He is survived by his loving wife Sharon, daughter Louise Swan, stepdaughter Erin Ferris, son Bruce Foss, granddaughter Hannah Swan, sister Sharlene Olafson and brother Arnold Foss. He is predeceased by his parents Bud and Iva Foss.

Wilf was born in Cold Lake, Alberta, June 21, 1937, to Bud and Iva and grew up with siblings Arnold and Sharlene in Pierceland, Saskatchewan. He received his B.Ed. and a B.Sc. from the University of Saskatchewan. A dedicated teacher and coach, Wilf taught math and phys. ed. in Rosetown, Saskatchewan and later in Regina at Campbell and Sheldon Collegiates. Wilf coached curling, basketball, and practically every other sport. He married Eileen Rawlake and became the proud father of Bruce and Louise and loving grandfather of Hannah. Volunteering for an exchange program, he taught for two years in St. Kitts, where he enjoyed snorkeling and spearfishing. Proudly teetotal, Wilf was a remarkably accomplished athlete: Canadian high jump champion in 1959, Brier Championships participant in 1984, Senior Curling Championships participant in 1989 and winning team member in 1998, Masters Open Curling winning team member in 1999, Saskatchewan Senior Golf Champion in 1994, among others. Wilf and the curling team were inducted into the Saskatchewan Sports Hall of Fame in 2006. When they weren’t traveling the world, Wilf and second wife, Sharon, enjoyed retirement by wintering in Sun City—where Wilf continued to golf and took up woodworking—and summering in Kelowna—where he cycled all over Gallagher’s Canyon and throughout Southern BC. Competitive athlete that he was, Wilf rode part of the Tour de France route on one of his trips and he continued to cycle even after his 81st birthday. Wilf’s friendly and generous spirit will be sorely missed by his loving family and friends. The family gives special thanks to Dr. Hart, Mill Creek, We Care, and a wonderfully warm and supportive group of friends. Donations may be made to the Alzheimer’s Society, www.alzheimer.ca, or charity of your choice. A celebration of life will be held Saturday, May 18, 2019 at 1 p.m. at Springfield Funeral Home, 2020 Springfield Rd, Kelowna, BC. If you wish to send a condolence, post photos or share a memory, please scroll down the page to the area called “Share Your Condolences.”

THIS SERVICE WILL BE LIVE STREAMED SATURDAY MAY 18TH AT 1:00PM

Send Condolences
Send Flowers or a Sympathy Card
Donations may be made to the Alzheimer’s Society or charity of your choice. Link: www.alzheimer.ca


The service for FOSS, Wilfred Kenneth is scheduled for Saturday, May 18, 2019 at 1 p.m. Below you will find the map for the service location and the contact information should you have any questions.