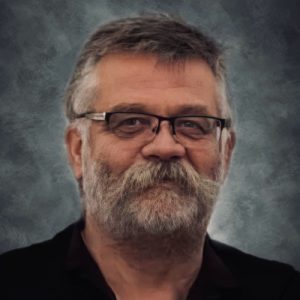 Brent Gordon Fournier, 62, of Fredericton, NB, died unexpectedly on September 22, 2021, in Kelowna, BC.  Brent is survived by his two daughters, Rashka Berrigan and Brooke Fournier, and his two grandchildren, Izzie and Frankie.  He will be missed by his significant other, Nicole Wright, and their four legged son, Blue.  He leaves behind his three sisters, Tracey, Wendy and Sandra, and his mother, Dorothea Fournier. Brent had a gift for making people laugh and was charming and generous.  Brent’s passions were IT and hockey, a dedicated supporter of the BCHL West Kelowna Warriors. May his country boots keep on gigging. Contributions, in memory of Brent, can be made to Paws it Forward, a local non-profit dog rescue organization.