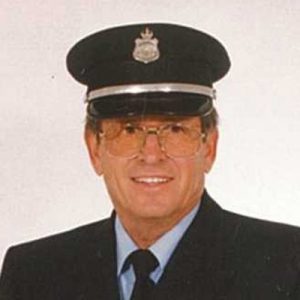 It is with deep sadness we announce the sudden but peaceful passing of Fred Fowler. Loving husband and Father, Fred passed away at Shuswap Lake General Hospital on December 10, 2019 at the age of 85 years. Fred was born in Kelowna, BC on October 7, 1934. He married Marg, the love of his life, in 1990, who survives him. Fred is also survived by his daughters Vicki Blue (Ralf) and Janice Cutting; and his son Doug Fowler (Cynthia); grandchildren Adam, Shane, Chad, and Ryan; extended family Janet Bandelow (Frank) and Gord Cameron (Kim) and their children Paige (Dexter) and Rory. He was predeceased by his parents Victor and Anne Fowler and sister Maureen Light; his first wife and mother of his children Shirley; and his granddaughter Sarah Popovich.

Fred started his career with the CPR as a telegraph operator in Vancouver, Revelstoke, and Nelson. He moved back to Kelowna in 1963 to join his parents as owners and operators of Crossroad Supplies at Reid’s Corner. After many years as a volunteer firefighter in Rutland, and after the sale of the store, he became a proud member of the Kelowna Fire Department. After 23 years with the fire department he retired in 1994 as their fire prevention officer. For all the years he spent in Kelowna, Fred was very involved in the community. He is a past president of the Rutland Kinsmen Club and of the K40 Club. After his retirement, Fred’s most joyous years were spent with Marg at “Bluebird Acres”, the hobby farm they purchased in Enderby. He happily spent his time caring for the other love of his life, his horses. Every day was spent fixing fences, caring for his horses and his cat Penny, plowing snow, and feeding the ducks and many birds. He loved his life until the very end.

“The river of time carries us all away. All we have left is the moment. Whether I had made the most of my time is for others to judge.” – Fred’s favorite quote from Bill Clintons Book: My Life

As per Fred’s request, there will be no formal service. Cremation has taken place.

In lieu of flowers, donations may be made to the Heart and Stroke Foundation, www.heartandstroke.ca.  If you wish to send a condolence, post photos or share a memory, please scroll down the page to the area called “Condolences”.


The service for FOWLER, Fred is scheduled for Saturday, April 25, 2020 at 2:00 pm . Below you will find the map for the service location and the contact information should you have any questions.