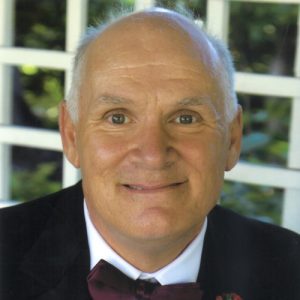 On July 12, 2022, Phil peacefully went to be with the Lord at age 61, while at the Kelowna Hospice House. He was surrounded by family and loved ones.

Philip was liked by all and was known for his sense of humour and always being happy. He had the kindest soul and a loving smile. He shared his love and laughter with so many. In his earlier years, he played Santa for many families at Christmas; bringing joy and laughter to so many.

The loss of Phil is profound, and he will be missed.

In lieu of flowers, donations may be made in Phil’s honour towards the BC Cancer Agency – Sindi Ahluwalia Hawkins Centre for the Southern Interior, www.bccancer.bc.ca.

A Funeral Mass will be held on THURSDAY, AUGUST 4, 2022, at 10:00 AM, at IMMACULATE CONCEPTION CHURCH, 839 Sutherland Ave, Kelowna, BC. A casual-open-hall Celebration of Life will take place afterwards, all are welcome. The family would like to thank all who will attend in advance.  If you are unable to attend in person, please join the family online by Livestream at the time of the service (see below).


The service for UPDATED TO INCLUDE LIVESTREAM – FREDERICKS, Philip “Phil” Scott is scheduled for THURSDAY, AUGUST 4, 2022, at 10:00 AM. Below you will find the map for the service location and the contact information should you have any questions.