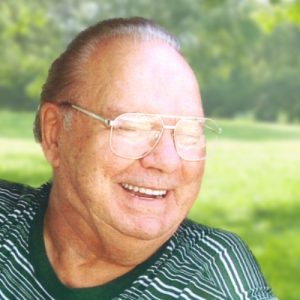 It is with heavy hearts we announce the passing of Fred Freimuth, who passed away on December 15, 2021. Fred was born in Minden, Germany on April 15, 1929. He was employed as a Locksmith for a short while in his 20s and was also, at one time, a professional Boxer there as well. He and Ede married in 1951 and shortly after immigrated to Canada in 1953 to Edmonton, AB. In 1959, they moved to Sedley, SK where he became a Canadian citizen and came to own a Shell Station, with a car wash, gas station & convenience store. This was a special year for Fred and Ede, the one in which they would decide to start a family; they welcomed a beautiful baby girl, Sherry Anne Freimuth on November 25.

In 1974, they moved to Penticton BC, and he opened a “pop shop” in the old Safeway Plaza. He later opened up a few more Shell stations in Penticton before finally coming to work for Penticton Toyota as the general service manager for 17 years before finally retiring.

Though Fred and Ede were retired, they still worked very hard. Ede would continue knitting and making her hand made crafts, to sell at craft fairs, some of which Fred would help make in his workshop. They also helped to raise their two grandchildren.

After 59 wonderful years of marriage, Fred lost the love of his life to Cancer in 2010. Fred lived 92yrs, and was a very caring, loving, and devoted husband, father & Opa. He was wise, yet humble. He gave the best advice and was always there to lend a listening ear. His smile could light up an entire room.

We weren’t ready to lose him, but we have peace in our hearts knowing he is finally reunited with his wife.