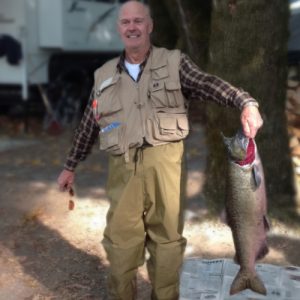 It was with a heavy and bewildered heart we gathered unexpectedly around the ICU bedside of David Michael French, at Kelowna General Hospital on Monday afternoon, June 6, 2022, where he passed away at the age of 76.

He will be forever and lovingly remembered by his 4 kids and spouses, 5 grandkids, and his younger brother and sister.  After retiring from his career with the RCMP, he filled his time with odd jobs, and then single handily, proudly undertook a massive home renovation, under the supervision of his wife Jeff, that took him 3 years to complete.  He and his gardening skills will be missed by his neighbours and family.  He will be missed by those around the snooker tables at the senior center, and he will no longer be riding around on the lawnmower of Kelowna Ogopogo Radio Controllers airplane flying field.  All those that camped with him throughout the years will continue to gather around the campfire and fondly tell stories of Dave and Jeff.

While he will be sorely missed by friends, family and those in the community who knew him, we are comforted by the fact that he lived life independently on his own terms right to the end and will now be reunited with his wife and previously passed family.

He did not want to have a formal service, so the family will be hosting a celebration of life. Contact Tracy at 250-212-5618

Donations may be made to the Kelowna Hospice House.