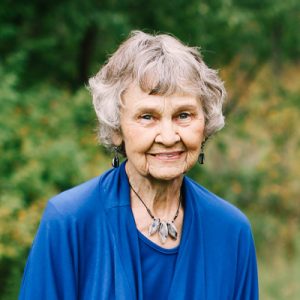 Mildred June Friesen (Enns) was born on June 25, 1936 in Winkler, MB, oldest daughter of Bernard and Lydia Enns. She grew up on a farm in the close-knit rural community of Kronsgart, attending Rosewell School and the Kronsgart MB church which she joined by baptism as a teenager. Through her life her profession of faith in our Saviour Jesus, and her desire to follow His will shaped her choices and way of life.

As a girl she was needed to help with work on the farm as soon as she was able, whether it was gardening, milking, gathering eggs, or caring for her younger siblings. She took piano and viola lessons while still in public school. She completed her last 2 years of high school in Winkler during which time she  played in the school orchestra and in a string quartet.  She spent two years at Winkler Bible School, close to home, and then continued her education at the MB Bible College in Winnipeg, completing her ARCT (Piano Teacher’s Certificate) prior to graduation. Both her sense of responsibility and her love of music early in her life characterized her activities later in life.

It was at MB College in Winnipeg that she met her future husband, Henry Friesen, from Virgil ON.  They were married in October of 1957. June taught piano at home and for Yamaha for numerous years. While living in Winnipeg they were charter members of  Fort Garry MB Church. They raised three children – Pearl, Paul, and Bruce (Caspar), and also taught them a love for the Lord, music, and learning.

In 1984, Henry’s job was eliminated, and since June had just completed her Bachelor of Social Work two years prior they decided to use their skills with hospitality and caring for others to start working for Mennonite Central Committee. They lived and worked in Munich, Germany with refugees, in Pennsylvania USA working at MCC headquarters, and in Nairobi, Kenya as Guest House hosts, loving every challenge and opportunity. They retired to Kelowna, BC in 1999 and joined Willow Park church.

June enjoyed hosting friends, sharing stories, and making a difference. She loved spending time with her family and all the grandchildren as well as cousins and friends. She was a huge connector of people and causes. Her passions included Fair Trade, MCC, and refugees.  During their time in Africa, she was instrumental in helping the women create jewelry and textiles that would sell in European and North American cultures. She was on the board of MCC BC and enjoyed the travel and being able to advocate for women and entrepreneurs in third world countries. As June aged cancer took her energy, but she continued to focus her care on those around her, including the love of her life, Henry. As he developed dementia she cared for him, and walked that journey as long as she could. Even in her last day of speaking her question was “Is Henry sick?”. Their last meal together was ice cream.

June passed away on December 22, 2020, in peace with Henry close at hand, and her children, Paul, Bonnie, and Pearl with her.

Her life is celebrated by her husband Henry. They were married for 63 years. Her surviving family includes her two sisters; (Mabel) Norma Kikat, and Hazel Reimer with husband Robert, and the children, Pearl Fehr and husband Ernie, Paul Friesen and his wife Bonnie,  Dr. Caspar Friesen and his wife Jan Picard, and many grandchildren and great-grandchildren. She is predeceased by; her brother Murray Enns, and Brother-in-law Hans Kikat.