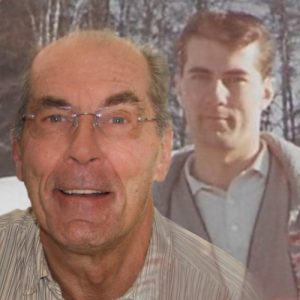 Ben Michael Funfer passed away peacefully on October 19, 2021, surrounded by family, after suffering a stroke two days earlier. He was born on September 15, 1944 in Bellevue, AB to John and Helena Funfer, the youngest of nine children.

As a youth, Ben excelled at sports, often recalling his time on the high school hockey team. One observer of the team remarked, “He was the smoothest skater you ever did see. ”  As a young adult in Williams Lake, BC, a highlight was racing his stock car, a ’67 Orange Dodge Charger #55, with his brother Rudy. On December 23, 1967, he married Caroline Simon in Williams Lake.

Ben enjoyed reading, family gatherings, but above all watching his children and grandchildren grow. He was also a member of the Masonic Lodge. His philosophy of life was, “Always do everything to the best of your abilities, never do anything half way, give it 110% of your effort at all times.”

Ben will be missed by all.