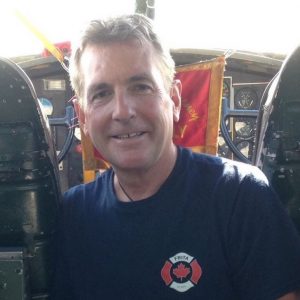 Allan Douglas Gartner died peacefully at the Kelowna General Hospital, BC on Saturday May 9, 2020 at the age of 56. Allan is survived by his brother Bryce and his wife Pamela née Durocher in North Bay along with nieces Paige, Bailey and Julia and his brother Chris in Toronto and niece Olivia. He is preceded in death by his father, Charles “Sid” and Elizabeth “Betty” nee Zufelt.

Allan was born on April 14, 1964 in North Bay where he grew up on Trout Lake. He graduated from Widdifield High School in 1984 and went on to gain degrees in Marine Biology from the University of Guelph and a degree in Civil Engineering from Carleton University.

Allan worked as an engineer around the globe including Canada, Bermuda, Australia, Indonesia, The Philippines, Thailand, and Hawaii where his work at the Honolulu zoo won awards. Al’s personal passion was for competitive paddling which he started with the North Bay Canoe Club in the 1970’s. He continued this passion while living in Australia as well as Hawaii where he participated in ocean outrigger canoe races.

Al’s nature of giving was demonstrated through his volunteer work with the Kelowna Fire Department, the Australian Coast Guard and most recently, volunteer training missions to Central and South America with Fire Rescue Training International where he aimed to provide help to those that needed it.

Special thanks to Missy Blackburn and Paula Craig for their compassion and care provided to Al. Due to these times, a celebration of Al’s life will be scheduled for Kelowna, BC and North Bay, ON later this year. He will be sadly missed by countless friends and family who loved him dearly.