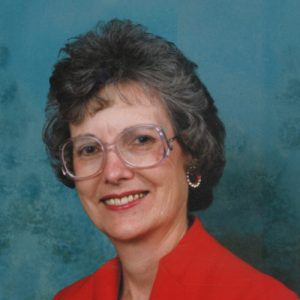 Doreen Patricia Hadley (Giebelhaus) was born on November 17th, 1930. She would often say she was the last to be born in a barn. She was the 13th of 15 children. She started life In Evansburg, Alberta. Doreen is survived by her younger brother Jerry Hadley and younger sister Shirley Worth, her children Richard and Jeff Giebelhaus, and her 7 grandchildren, Katelynn, Ryland, Jenelle, Diora, Kassius, Loki, and Piper. After moving to Edmonton, she met her future husband, Wally Giebelhaus, in the penalty box while public ice skating. Doreen joked it was the longest penalty in hockey history.

They moved to Kelowna in 1965, so Wally could follow his dreams of waterskiing at 6 am on the lake while Doreen drove the boat.  She loved that. Well not really, but she never let on how much she really hated it till Wally passed. She was that type of lady. Most people knew her as kind and caring and someone who would do anything for you. We all were so lucky to have her as our matriarch. For many years she enjoyed working at the Underhill Clinic right across from City Park. After work, Wally and the boys would meet her at the Fintry Queen Dock almost every day in the summer. Doreen would bring a bucket of Brownies, Chicken, and her famous potato salad, and the family would picnic in their boat on the lake enjoying the Okanagan summers together. And of course, Doreen would drive the boat so Wally could ski.  We were so lucky she let our father move us to Kelowna. We all enjoyed a great life together in the Okanagan all because she let it happen.

In lieu of flowers, donations in Doreen’s memory may be made to the Canadian Cancer Society or the Alzheimer Society of Canada.

Due to the current pandemic restrictions, there will be no service at this time. There will be a private family gathering in the near future.