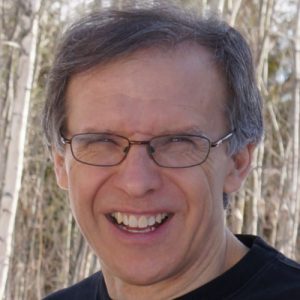 On December 8, 2022, Larry Goertzen was brought home to heaven, in the presence of his kiddos, to the song of the beautiful hymn, “Nothing but the Blood.”  As Larry was battling prostate cancer, Parkinson’s disease, and vascular dementia, it made this particular verse of the song very fitting:

Larry left this earth and was united with the Lord, he was also reunited with his wife of 36 years, Patricia Goertzen, his mother Eva Goertzen and his father-in-law Norman Krumbhols.  Those still awaiting the day to be reunited in heaven are his three daughters: Melissa (Jasper) Berg, Alicia Goertzen, and Ariana Goertzen as well as his father Henry Goertzen.  Larry is also survived by his brother, Dwayne (Marlena) Goertzen and his sister, Sylvia (Randy) Carter and their families. Larry will be deeply missed by his mother-in-law Elfrieda Krumbhols, his three brothers-in-laws Paul (Jodi), Daryl (Suzanne) and David (Trina) Krumbhols and their families as well as all Larry’s chosen family.

Larry was born in Spirit River, Alberta.  In his youth Larry enjoyed hockey and was a very accomplished pianist.  Growing up as a pastor’s kid on the prairies, through Prairie Bible College and Trinity Western University, some might mistake Larry as being generally serious and reserved. However, that fun, whimsical, and sometimes mischievous side to Larry made for some fun stories and laughs around the table.  One story that got Larry and all his kiddos laughing was a story about eating McDonalds before performing at a church as the pianist and vomiting all over a table.

Larry and Patricia met at Trinity Western University.  After receiving his bachelor’s degree in business, Larry and Patricia were married in Kelowna on November 12, 1983. To follow came three daughters, Melissa (1989), Alicia (1992) and Ariana (1994).  His girls were his greatest delight on earth. His fatherly love and pride will be greatly missed.

For Christmas of 2021, knowing his health was starting to fail him, Larry wrote this note to his daughters reflecting on his joy in being a father:

“A little bundle lies on my lap;
Bright blue eyes search my face;
Tiny fingers clutch one of mine;
Hi beautiful; Welcome to the world;
I am your Daddy.”

After working in Calgary in the oil industry, Larry and Patricia co-owned Okanagan Scriptural Supplies with Norm and Elfrieda Krumbhols. After that Larry used his business, pastoral and teaching gifts working and volunteering at his local church and then for almost a decade at Teen Challenge in Glenmore. Outside of his family, Larry was most fulfilled when he was involved with others as their lives were being transformed through the power of Jesus Christ. He enjoyed when he could serve in an environment where the Holy Spirit was welcome and sound Biblical doctrine was esteemed.

Having an analytical mind and being good at academia, Larry successfully homeschooled all three of his daughters from primary school through graduation.  He also taught topics through Set Free, within the Teen Challenge Program, computer courses and Bible courses.  He had a knack for teaching and the girls reflect on his ability to sit and teach himself virtually any topic from their textbook and then relay it back to them in ways they could understand.

Although a man of few words, the words Larry said were very well thought out, kind and encouraging.  Some of Larry’s other delights on this earth were piano, chess, photography, his garden, learning, and skiing.

Larry also highly valued scripture memorization and Biblical study.  He had entire books of the Bible memorized and many Psalms.  As a practice growing up in the Goertzen household, they would memorize verses together.  The girls recall memorizing the entire Christmas story in the book of Matthew, Psalm 23 and many more.  Even as his mind was betraying him, due to Parkinson’s and vascular dementia, he constantly was trying to remember his scripture memorization in the hospital.  One of the constant verses he was reflecting on or having family and friends read him for comfort was Psalm 23.

Psalm 23
A psalm of David.
The Lord is my shepherd, I lack nothing.
He makes me lie down in green pastures,
He leads me beside quiet waters,
He refreshes my soul.
He guides me along the right paths for his name’s sake.
Even though I walk through the valley of the shadow of death,
I will fear no evil, for You are with me;
Your rod and Your staff, they comfort me.
You prepare a table before me in the presence of my enemies.
You anoint my head with oil; my cup overflows.
Surely your goodness and love will follow me all the days of my life,
and I will dwell in the house of the Lord forever.

Larry walked through the valley for many years in his illnesses and we are overjoyed that he now dwells in the House of the Lord in total freedom and health, but we are greatly grieved for us here who miss him dearly.

We would like to thank all those who supported us during these difficult times.  Larry has some very precious friends and family who have been by his side as his body deteriorated.  In particular, we would like to extend special thanks to Murray Elliot for his friendship, displayed in such consistent practical ways, week after week, these past months.

A private Celebration of Life will be held for Larry on Saturday, January 7, 2023, at 1:00 PM (PST).  Attendance will be by invitation only.  There will be a livestream option available at the time of the service (see below), for anyone to participate and join us in spirit, a recording will be made available to view shortly thereafter.

Larry believed in supporting organizations and Ministries that furthered the Gospel and bring healing and wholeness.  Memorial donations can be made to two of his most cherished ministries, Back to the Bible Canada,  (scripture was one of Larry’s greatest passions), and International Justice Mission Canada (IJM).