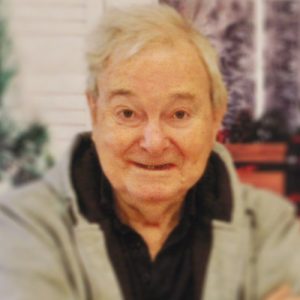 “Ted” Edward Goodman, age 89, passed away peacefully on June 7, 2022. He was predeceased by his wife, Carol, in 2015 and by his granddaughter, Abby, in 2006. Ted and Carol were married for 57 years.  Ted was born and raised in Wolverhampton, England.  He immigrated to Canada in 1957 and married Carol in 1958. After living in England and Australia, they settled in Oyama, BC in 1964. Ted was an Industrial Education teacher for School District No. 23 for many years. Ted had a great sense of humour and loved being a husband, Dad, Grandfather and Great-Grampa.  Ted could often be found tinkering in his workshop or in the garden.  He liked to make wooden toys for his grandchildren.  He is survived by his daughters Carolyn Kamin (Tim) and Louise Caillaud (Richard); grandchildren Leah (Kellen), Travis, Jesse, Brantley, and Alex; and great-grandchildren Xander, Harvey, Rachel, Sylvia, and Calvin.

He will be sadly missed by his family and friends.

The family would like to thank his caregiver, Jeannette Sfreddo, and the staff at the Pear Lane Unit at Brandt’s Creek Mews in Kelowna.

At Ted’s request, there will be no service.  In lieu of flowers, please make a donation to the Alzheimer’s Society of Canada.