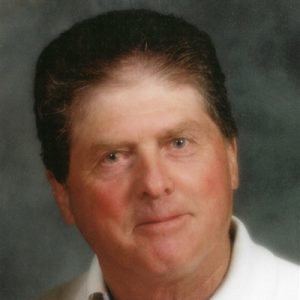 It is with great sadness we announce the passing of our dad, Lloyd Gotro, on Dec 31st, 2020.

He leaves behind his wife of 56 years, Jackie; his four children, Lynn, Mark, Darren, and Brian (Cindy); and his seven grandchildren, Courtney, Kaylee, Megan, Logan, Brandon, Hayley, and Brooklyn. He also leaves behind his sister Marilyn of Thunder Bay, Ontario, his niece Karen (Kim), her children Andrew and Jennifer, and many extended family members in Ontario.

Lloyd was born on December 25th, 1935 in Sudbury, Ontario and was predeceased by his parents, Fred and Jean Gotro, his brother, Gerry Gotro, and Gerry’s wife, Shirley.

Lloyd worked most of his life in telecommunications, retiring in 1998 from BC Tel. After retirement, he enjoyed weekly coffee hours with many of his former colleagues, his “coffee buddies”. He spent many years curling in men’s leagues and with Jackie in mixed leagues as well as golfing casually (he would say not very well, but he enjoyed it). He was a man of God who modelled faith in the Lord, hard work, and devotion to family. He was also a true Vancouver Canucks fan to the end.

In lieu of flowers please make a donation to Kelowna Hospice House where he spent his last days. The family will have a private funeral and plan a celebration of life at a later date. Forever in our hearts. We miss you, Dad.