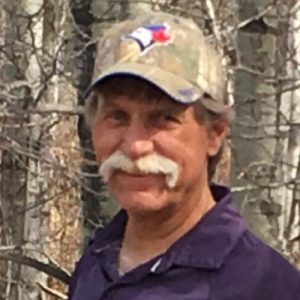 It is with great sadness that we announce that Dick Gottselig (Richard), in his 68th year, passed away on Monday, January 25, 2021, after a battle with cancer.

Dick will be lovingly missed and remember by Donna,  his wife of 40 years; their children Kristy and Diane; and his granddaughter Ashlyn. He will also be cherished by his mom Clara; sisters Marion and Sue; brother Bob; and nieces and nephews. He was predeceased by his father Leo Gottelig.

Born in Edmonton, AB, Dick moved to BC with his family when he was young. He loved working with his hands and became a Journeyman Carpenter in 1981. Dick was well known as a Journeyman Carpenter and owner of Gottselig Construction for over 30 years. He dedicated his time and energy to building and designing custom homes all around the Interior of BC. Some of his many skills included finishing, painting, plumbing, electrical, landscaping etc. Dick was admired by many trades and young men in the construction industry. He spent his time and energy living life to the fullest. “Dad could Fix Anything” and he was always strong and dedicated to his many talents.

Dick’s love of hunting made every fall a special time of year. He took his dog Rocky with him in the bush regularly. He loved golfing and managed a Hole-in-One at Salmon Arm Golf and Country Club in 1999 and another Hole-in-One at Black Mountain Golf Course in 2015.

Dick had many survival skills and enjoyed time at his recreational properties. Sometimes, he was content being on his own and watching western and action movies. While he spent his last few months at home with his wife, Donna, he never complained about anything. In his last few years of his illness, he chose to stay close to home working in his yard and spending time with his family.

Dick will be lovingly missed by his long-time friends and remembered as the best Dad ever, husband, brother, uncle, and son.

Due to the pandemic, a private Memorial Service was held in honour of Dick. In lieu of flowers, please consider conserving the great outdoors that Dick loved and make a donation to the South Okanagan Conservation Fund.