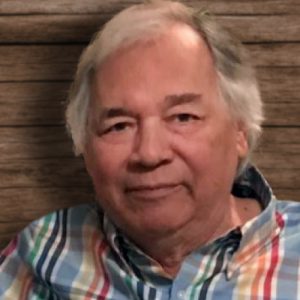 On January 8, 2023, we lost our loving husband, father, and great-grandfather, Bernard Richard Goutier (“Ben”). Ben had his own unique way of seeing the world.  He was always full of surprises and lived life on his own terms. As king of our family, he reigned with a strong life-force, a contagious sense of humour, and an incredible love that knew no bounds.

Ben’s life was a storied one. He was born in Indonesia (a Dutch colony at the time) on Oct 26, 1936, the third son of 5 boys. He was 6 years old when the Japanese invaded Indonesia and took his father (a Dutch soldier stationed in Indonesia) as a Prisoner of War, resulting in his death.  Ben was 9 years old when he fled from Indonesia with his mother and 4 brothers to the Netherlands to escape the Bersiap (a time after the war ended and Indonesian rebels violently sought freedom from Dutch colonialism). Life in the Netherlands brought much hardship to Ben’s mother and her family, and Ben and his brothers were separated from their mother. Ben grew up in an orphanage. These experiences impacted Ben throughout his life.

Ben married Coby in 1961 in The Netherlands. Three children were born to them in Holland: Lucienne, Monique and Yvonne. Ben worked as an engineer, adjusting regulators to diesel engines, later as a steam engineer at a dairy. His hobby was motorcycles (building and repairing).

Ben and Coby immigrated to Vancouver, BC, Canada in 1966, where Ben worked as a welder by trade. In 1971, another daughter was born to them, Marion.

In 1981, Ben and Coby moved their family to Kelowna, BC, where Ben eventually became an entrepreneur retailer, dealing in used sporting goods. Ben enjoyed garage sales and the community of selling at flea markets. All the while he ensured family days, family gatherings/dinners, family reunions, and an annual gathering of his “Indo buddies” for a food-festival.

Ben always put family and his children first. In fact, Ben was known to walk off a job if time-off was not granted for one of his children’s events. Ben was the proud grandfather (Opa) of 7 grandchildren: Michole, Miranda (Marc), Jim, Cheryl (Roger), Dean, Kamin (Cirian), and Noah (“The Caboose”).  And the proud great-grandfather of Serenity, Jaida, Cheyanne, Lenae, Jack, Adele, and Max.

Together with his wife Coby, Ben sought justice for his mother up until his death, writing letters and bringing the family’s plight to the attention of Dutch officials. Ben’s passionate search for justice resulted in a posthumous award for his father, and a book (written by Coby) that tells the story of his Mom and the family legacy.

Ben was preceded in death by his parents and oldest brother, Wim. He is survived by Coby, his wife of 61 years; his daughters Lucienne (Robert) Cross, Monique (Craig) Kaetler, Yvonne Unrau (Rick Grinnell), and Marion (Simon) Spencer; his 3 brothers Rudy, Ferry (Joke), and Theo (Tiny); his 7 grandchildren, and his 7 great-grandchildren (the “greats”).