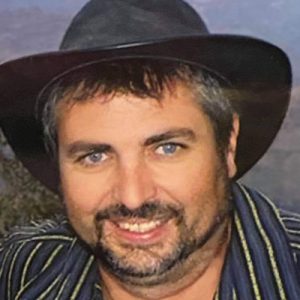 It is with extreme sadness that the family announces Steven’s sudden passing on December 28th, 2020, at the age of 57. Steven was born in Stratford, Ontario and is predeceased by his parents Dalton and Joan Gowing as well as his Uncle/Fishing partner Bernard Nurse. Steven always talked fondly about his upbringing in St Marys, “Fishing in the river”. He is survived by his six brothers John, Dennis, Robert, Brad, Brian and Mark (Tina) Gowing.

He moved to British Columbia in 1996 with his children Matthew Gowing, Shannon Cavallo (Nick), Samantha Sanchez (Izzy) and Trevor Gowing (Tiarra Therres). It was there that Steven met and married his soulmate Kelly and became a devoted stepfather to Ashley (Jory Horeman) and Matthew Carter. Together 24 years, they raised one son, Nicholas Gowing.

Steven had a work ethic second to none.  He was a cabinetmaker by trade but truly could repair or build anything if he put his mind to it. Steven’s passions in life were fishing, travelling, hiking (with his fur babies), boating, football/hockey, and of course his family. A loving and devoted family man Steven was always there to love, guide and teach.  He attended every WKMH game that Nicholas played over the 13 years in the association.

Steven was a doting grandpa who enjoyed his time with his grandchildren Jorn and Freja Horeman and Jordyn Jean Gowing (Who regularly told grandpa where it’s at!). He also leaves behind grandchildren Dillion, Alessia, Dalton Cavallo and Liam, Logan, Fin Sanchez who live in the US. Also left to mourn are Steven’s beloved Aunt Marion Nurse, Mother-in-law Evelyn Black and countless nieces, nephews, cousins and friends.

Steven’s sudden passing has left an immeasurable void in our family.  He will live on in our hearts and thoughts forever.

The family would like to extend their gratitude to the kind stranger who stopped to assist on Princeton Ave on December 28th.  Jenna (a third-year nursing student) and especially the EMT, who responded and worked tirelessly to try and revive Steven. In lieu of flowers, donations can be made in Steven’s name to Kelowna or London (Ont.) Mental Health Association.

There will be a celebration of life in July, 2021. (COVID permitting).