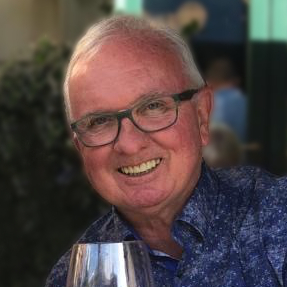 Dr. Paul Green passed away on August 15, 2020 at the age of 69. He is survived by his daughters Caroline (Matt) and Sarah (Conrad); grandchildren Kade, Carter, Zayda and Zara. He also leaves behind his sisters Cath Green and Helen Harrison as well as his brother Bernie Green. He is predeceased by his loving wife, Pam, as well as his parents Bill and Edna.

Paul was born in Manchester, England in 1951. He was the eldest (and some say wisest) of four children. In 1982, he married the love of his life, Pam. Shortly after came the birth of their first daughter, Caroline. Their second daughter, Sarah, was born in 1986.

While on a work trip to Canada, he fell in love with the country and knew he wanted to move. He got a job at Alberta Hospital Edmonton before going on to start his private practice. Paul was a gifted neuropsychologist, scientist, innovator and inventor. He revolutionized the field of neuropsychology.

Paul loved to travel with his family and friends. He was a natural golfer, a talented painter (only discovered later in life), he loved being a pilot and most of all, he adored and cherished all four of his grandchildren. After losing Pam in 2016 to cancer, after 34 years of marriage, he decided to relocate to Kelowna, BC, to enjoy the warmer weather and longer golfing season. He valiantly battled metastatic prostate cancer for a year. He will be missed greatly by many, both personally and professionally, all over the world.

A Funeral Service will be held to honour Paul. The family would like to invite all who want to pay their respects to join by livestream on Saturday, August 22, 2020 at 1:00 pm. To view the Livestream click the link below.