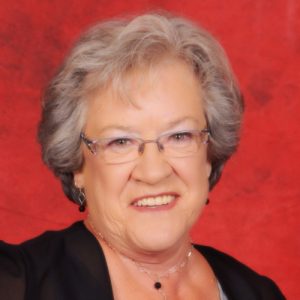 Marlene Mae Gross passed away peacefully, with her husband Al by her side, on April 17, 2021 at the Kelowna General Hospital. Marlene’s memory will be cherished by Al, her husband and companion for 57 years, and their two sons, daughters-in-law, and grandchildren: son Darren (Judy) and grandchildren Sydney and Matthew; and son Kendall (Suzanne) and grandchildren Alexander, Noah, and Annika. She will also be missed by her sister Vel; brothers Jim (Joanne) and Stu (Pat) and sister-in-law Marg; and many nephews and nieces. Marlene was predeceased by her parents, her brother Bill, her sister-in-law Carey and brother-in-law Terry.

Born on the family farm in Greenwater Lake, SK to Malcolm and Ethel Adam, Marlene completed her primary education in the Greenwater Lake country school. She went on to complete high school in Porcupine Plain, SK and graduated from Teacher’s College in Saskatoon, SK. In 1963, she accepted a teaching position with the Federal Government in the Indigenous Community Pelican Narrows, SK. At the time, this was an isolated community, accessible only by air and not accessible at all during freeze up in the fall and breakup in the spring. Marlene was a courageous young woman with a spirit of adventure and soon became a loved and contributing member of the community.

It was in Pelican Narrows where she met the love of her life, Al; they married in 1966. Their first son, Darren, was born in Flin Flon, MB. In 1968, her husband’s work took them to La Ronge, SK for a short time and then to Regina, SK where they lived for eighteen years. Their second son, Kendall, was born while they were in Regina, SK. In 1986, they moved to White Rock, BC where they lived for another eighteen years, and then in 2005, they finally moved to Kelowna, BC.

Wherever Marlene lived she willingly reached out a helping hand. She volunteered many hours in any organization that involved her sons. Schools, church, health, Scouts and sports were on her list. She also thought of the community and volunteered in community organizations and the hospital. Marlene was truly a charitable and caring person. She loved to travel, and she and Al travelled to many parts of the world.

An anchor for her family, she was not just a mother and grandmother, but a bright light, a pillar, and a role model for her family. She poured her strength, kindness, selflessness and love into them. She was active in their daily lives, seldom missed a sporting event, a daily phone call, or any opportunity to support them. She gave them drive, determination, and patience to accomplish anything; she modeled what is important in life. Her grandchildren are proud of her, and are comforted knowing that she will always watch over them.

Marlene loved the arts and going to the movies. She held a season pass to both the Kelowna Theatre and Kelowna Actors Dinner Theatre for many years. She was always on the lookout for new releases on the big screen that were based on true stories, and she was a big fan of the Hallmark Channel during the Christmas season. She loved the Christmas movies because they always had a happy ending.

Each morning Marlene’s first activity was to read the daily paper over coffee and do the daily Sudoku. It may be that these small and simple things that she did will be what is missed the most.

The family wishes to express their sincere appreciation and thanks Dr. D. Sarbit and all the personnel in the Kelowna General Hospital ICU unit for their dedication and high-quality care. A special thanks to nurse Tarryn who was with Marlene and Al during Marlene’s final hours and minutes. Tarryn is an angel.

A Celebration of Life will be held on a future date, in Kelowna, when gathering restrictions are lifted, so we can meet and hug one another again, the way Marlene loved to hug us.

In lieu of flowers, donations may be made in Marlene’s memory to the BC Cancer Agency Sindi Ahluwalia Hawkins Centre for the Southern Interior or Cystic Fibrosis Foundation.