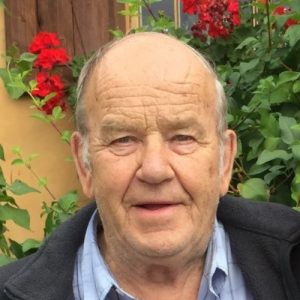 Donald Charles Gulbe passed away while surrounded by his loving family on April 24, 2022, in Kelowna, BC, at the age of 82 years.

Donald was born and grew up in Olds, Alberta, where he and his wife Norma first met. The two worked together farming around Olds and Drumheller, AB while starting a family with their four children being born in Olds. The two later decided to make a move to the Okanagan and raise their children in West Kelowna, BC for a time, where Donald worked as a contract painter over a number of years. Another move took the family to Invermere, BC, where they continued raising their family while owning/operating a Motel business until semi-retirement. Their original love for the Okanagan attracted them to settle back in Kelowna in 1999. Once again, Donald decided to take on some various residential painting projects until fully retiring in 2012.

Donald will be remembered for his witty humour, hardworking nature, spark for conversation with others, and his story telling ability like no other. Donald enjoyed hobbies like fishing and spending time with family – especially his grandchildren later in life. His welcoming heart and loving kindness will be sadly missed by all. Donald will be forever present in our hearts and greatly missed by all those who knew him.

The family would like to extend a heartfelt thanks to all the hardworking staff at Kelowna General Hospital who were involved with the amazing care
he received in his last days.

By request, there will be no service.