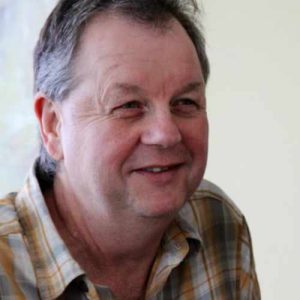 David passed away November 12, 2021, at the Central Okanagan Hospice House. He was born November 23, 1955, to Roy & Betty Hague in Vancouver. He is survived by his wife Nina; son Michael (Lisa); his father Roy; brothers Gord (Cindy) and Mike (Marcella); many nephews & nieces; and most importantly his two granddaughters Henley and Emma. David was predeceased by his mother Betty.

David grew up in Vancouver. He was owner/operator of an Advanced Cab and then in June 1991, he started a career as a transit operator until retirement in February 2017. Retirement beckoned the move to Kelowna.

David and Nina were known for their open home and many special gatherings. David enjoyed being the host, often the appetizers were his own smoked meats and he was the master of the bbq always grilling up the entree. Many fun travels were had with family and friends. Trips to Nashville, Mexico, Hawaii, and Norway were highlights of the last few years. House boating, winery adventures, and many other shenanigans were regular occurrences.

There will be a private family gathering for David held in the Spring.

The family would like to thank Dr. Jennifer Verhelst, the community palliative team and the staff of Willow Park Shoppers Pharmacy.