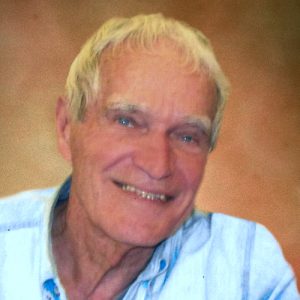 Our beloved Walter Halls, 91, passed away peacefully on September 12, 2021. He was predeceased by his loving wife, Dorothy, in 2017 after 44 years of marriage. Walter was also predeceased by his parents; brother Dave Halls; sister Betty Green; and brothers-in-law George Green, Vic Green, and John Conway-Brown. Walter is survived by his children Stephen (Renee) Halls of Mission, BC, Linda (Garth) Kuroaka of Lumby, BC, Gary (Astrid) Halls of Medicine Hat, AB, and Laurie (Ron) Loewen of Nanaimo, BC; his stepchildren Sharon (Murray) Wallace of Regina, SK, Roy (June) Wodtke of Edmonton, AB, and Gayle (Norbert) Fork of, Kelowna BC; his sisters Irene Green of 100 Mile House, BC and Phyllis Conway-Brown of Port Coquitlam, BC; as well as his many grandchildren, great and great-great-grandchildren, and his numerous nieces and nephews.

Always willing to lend a helping hand, Walter was thoughtful, loving and kind. He was a member of the Kelowna Wagon Wheelers Square Dance Club.

He was known to enjoy motorcycle rides with his wife and friends. Walter also could be found working on his 1937 Chevrolet Coupe, which he enjoyed immensely.

He loved to travel and explore the places where he would go. However, nothing could compare to the company he kept with his family and friends. He loved them all deeply.

Walter will be missed by all who were privileged to know and be known by him.

In Lieu of flowers, donations may be made to Sun Pointe Village Activity Fund, 700 Rutland Road N. Kelowna, BC, V1X 7W8.

There will be a Memorial Service, due to the current pandemic restrictions, it will be by invitation only. The family would like to invite all who want to pay their respects online to join by Livestream on SATURDAY, OCTOBER 2, 2021, at 1:00 PM PDT (see below). A recording will be made available to view shortly thereafter.